PGA Of BC Names Provincial Recipients Of 2018 Awards 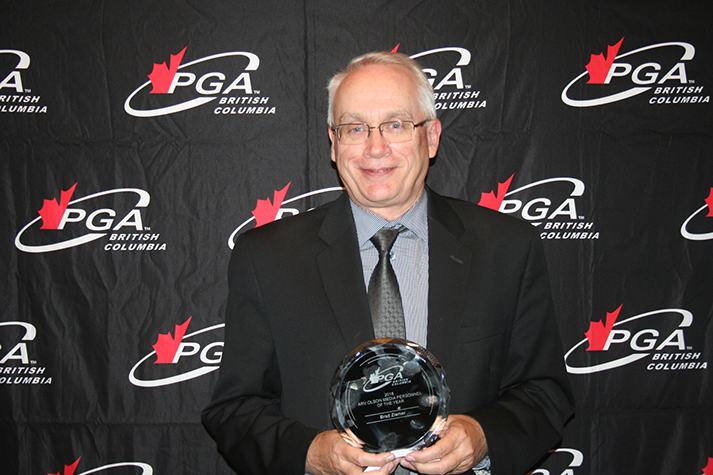 Hall Of Fame Golf Writer Brad Ziemer, Now A Fixture With British Columbia Golf, Received The PGA of BC Arv Olson Media Personnel Of The Year Award From The PGA of BC For The 2nd Time, Becoming The First Two-Time Winner Of The Award - Image Credit Bryan Outram/BC Golf

OCTOBER 10, 2018 - RICHMOND, BC (PGA of British Columbia) - The PGA of BC proudly named the provincial recipients of its annual honours for 2018 during the Association's Awards Celebration presented by Replay Golf Supplies on Wednesday evening at the River Rock Casino Resort.

Recipients were announced for the following 11 awards during the course of the evening's festivities: 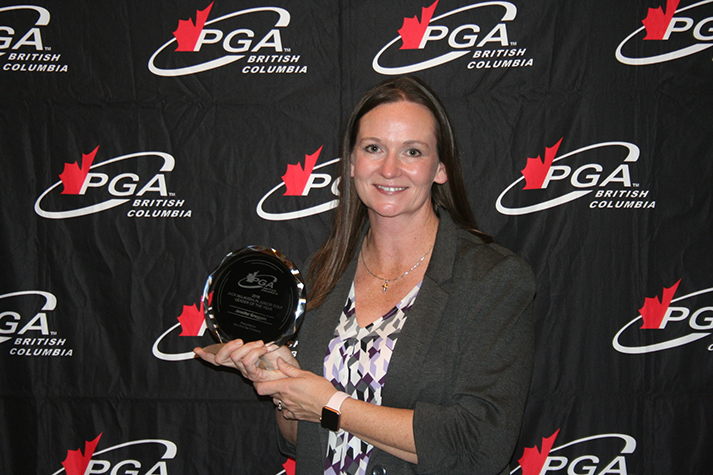 Jennifer Greggain, One Of British Columbia Golf's Provincial Coaches, Received The PGA of BC Junior Golf Leader Of The Year Award

The recipients of the following six awards, who were previously named by the PGA of BC earlier this month, were also honoured during the event:

As well, the Awards Celebration featured a special presentation from the ALS Society of British Columbia, honouring the efforts of PGA of BC Professionals who participated in this year's Golfathon for ALS across the province. In 2018, the initiative raised more than $203,000, bringing the 13-year total to more than $1.69-million to support individuals and families affected by ALS. 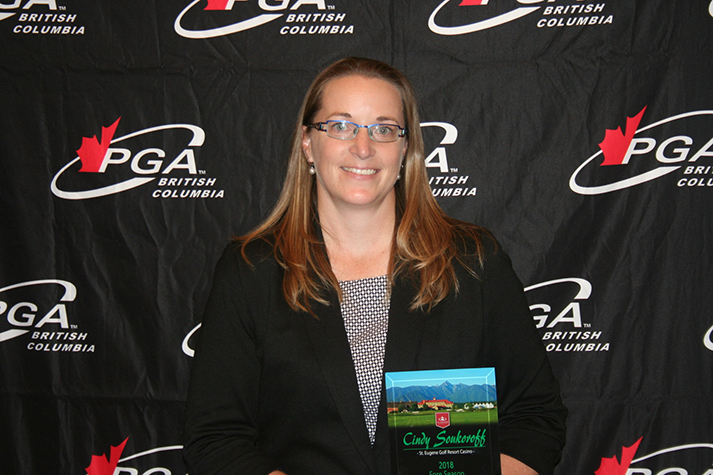 St. Eugene Golf Resort & Casino Head Professional Cindy Soukoroff Was A Multiple Winner At The 2018 PGA of BC Awards Ceremony

A special presentation was also made to Class "A" Professional Grant Gray, who was recognized for his 10 years of service to the Association in his role as PGA of BC Business Development Manager.

Congratulations to all of our deserving award recipients.