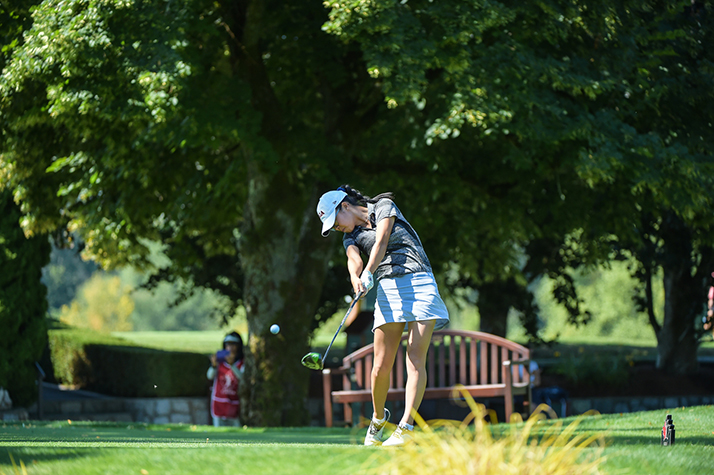 This time, Tiffany Kong figures it will be a little more of a fair fight. The 17-year-old Vancouver resident finished as the low Canadian at the Canadian Women’s Amateur Championship on Friday at Marine Drive Golf Club.

That accomplishment brings with it a nice little perk -- an exemption into the LPGA Tour’s CP Women’s Open, which goes Aug. 23-26 at Wascana Country Club in Regina. It will be an encore performance of sorts for Kong, who as a 14-year-old successfully Monday qualified into the 2015 CP Women’s Open at Vancouver Golf Club in Coquitlam.

Kong enjoyed that experience, but remembers not being physically ready to take on a course set up for an LPGA Tour event. “Three years ago I was hitting it decent for my age, but compared to pros I was like 60 yards behind -- hi, I’m way back here,’ “ Kong said with a laugh.

“I had to hit 3-woods into some greens. There were some holes where I couldn’t even reach it with a 3-wood. So now I think I have a better chance of playing better.”

Kong, who is heading into Grade 12 at David Thompson Secondary, finished tied for 14th at two-over par at Marine Drive after closing with a four-over 75.  “It was a struggle today,” she said. “I was pretty consistent on the front, but on the back nine I think I got a little tired. My drives weren’t going that straight and I just wasn’t giving myself many good opportunities. I didn’t have much luck with my putter today. I had quite a few lip-outs. But my short putts were solid.” 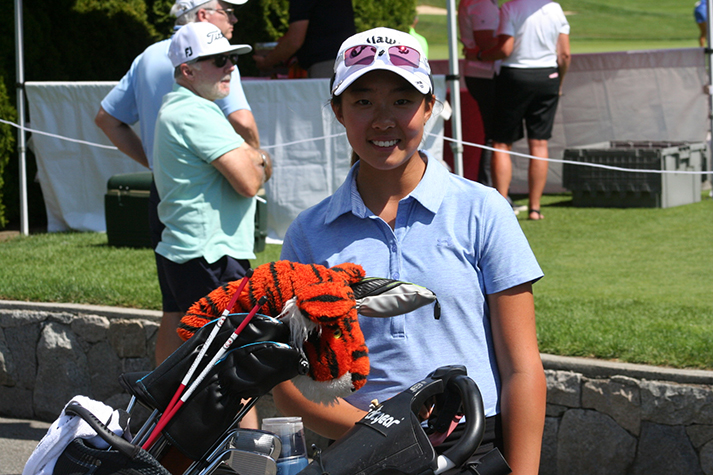 Kong said she can’t wait to test her game against the world’s best pros next month in Regina. She has great memories from her experience three years ago at Vancouver Golf Club, where she fired rounds of 76 and 77 and missed the cut by eight shots.

“It was very eye-opening especially being outside the ropes and watching the pros playing and then suddenly playing with them and then having people I don’t even know cheering me on,” Kong said. “It was awesome to see how many people enjoy watching golf and it was awesome being one of the youngest players out there.”

Although she was disappointed with her play Friday, Kong was happy with her week. She planned to use the Canadian Women’s Amateur as a tune-up for next week’s Canadian Junior Girls Championship at Beach Grove Golf Club in Tsawwassen and really did not expect to contend.

“I am looking forward to it,” she said of the upcoming Junior Girls tourney. “It will be my second to last Canadian Junior and I really enjoy playing with the girls I have been playing with for the last few years. I definitely feel good about my game and feel like I have a chance to win.”

Eight other British Columbians made the cut and played all four rounds at Marine Drive. Naomi Ko of Victoria and Surrey’s Hannah Lee tied for 33rd, Mary Parsons of Delta tied for 43rd, Kathrine Chan of Richmond finished 66th, Michelle Kim of Surrey, Natalie Chu of Vancouver and Amanda Minni of Delta each tied for 67th and 12-year-old Lauren Kim of Surrey tied for 72nd.

Click HERE for complete final round scoring from the Canadian Women's Amateur at Marine Drive GC.