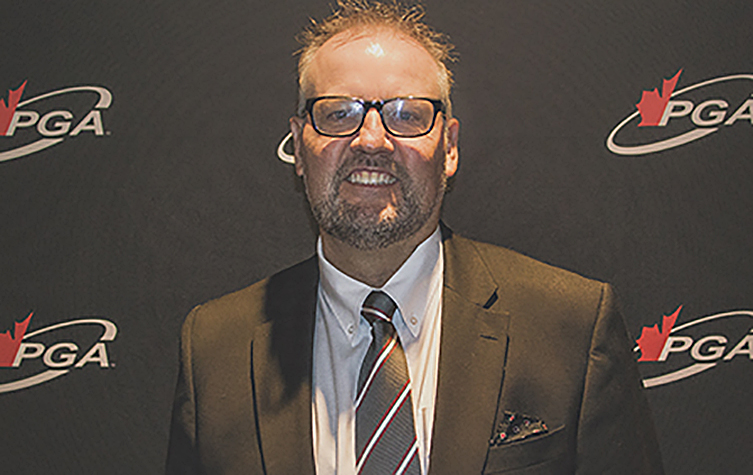 Following an extensive search of accomplished business and marketing leaders, the PGA of Canada has selected one of its own to lead the association to a new level of sustainable growth and success, its President announced.

Mr. Thistle, former President of Golf Operations for the Windmill Group in Calgary, has held leadership positions at some of Canada’s most recognized golf clubs including Angus Glen.

“I want to emphasize that while he was, until Wednesday of last week, an active member of our Board of Directors, he was chosen because of his track record in business, his demonstrated leadership skills, his proven marketing acumen and his ideas about sustaining growth and profitability in our business through innovation,” Mr. Wood said.

“Kevin is extremely well-known and respected in our business across Canada, not only because of his extensive professional accomplishments but because of his ethics, his energy, his ideas and his ability to work with others to achieve common goals. The number of high calibre leaders who expressed interest in this challenge should have made a difficult choice. In the end, Kevin’s knowledge of our industry and experience as a marketing innovator made him a clear and unanimous choice of our Board,” Mr. Wood said.

“Thanks to the work of Gary Bernard, our former Chief Executive Officer, we are in a strong position, with the means to identify and pursue exciting new directions. The transition process towards those new directions will require vision, leadership and strong people skills.  We are confident Kevin has those skills.”

Mr. Thistle, an accomplished PGA of Canada member since 1984, is a recognized leader in the Canadian golf industry who combines a demonstrated track record in golf management with superior business management and marketing skills.

While he was equipped with a Bachelor’s Degree (Commerce and Economics) from the University of Toronto, it was his passion for golf developed as a youngster at Pickering’s Seaton Golf course that established his career path. His PGA of Canada Executive Professional Qualification took him to Angus Glen where he started the new facility and grew the staff from two to more than 400 while overseeing development of a 15,000 square foot clubhouse and later, a 50,000 square foot addition. In 15 years there he progressed from Head Professional and Director of Golf to President and General Manager, all the while maintaining his PGA of Canada Executive Professional designation as an active part of his duties.

In addition to hosting the RBC Canadian Open twice, the Canadian Pacific Women’s Open and the Telus Skins game, Kevin continued to grow revenue at Angus Glen while adding another 18 holes to the course to make it a 36-hole facility.

From there he was lured to the exclusive Coppinwood Golf course, a Tom Fazio design consistently ranked among the best courses in Canada. In four years there, he and his team increased membership from 137 to over 400. During his time at the club he doubled revenues through innovations in all areas of the club.

Then Toronto Hunt Club called upon Kevin’s magic touch. In his first year he grew both membership and revenues with his proven tactics. He implemented new programs to an already robust food and beverage operation and instituted critical changes to grow pro shop revenues, but his plans for Toronto Hunt were interrupted by a phone call from Calgary.

As a result, Kevin said goodbye to the hands-on golf business to take on marketing and management challenges for the Windmill Group, owners, operators or managers of eight golf clubs including Calgary’s new Mickelson National. As President of Golf Operations and Vice-President of Business Development, he and his team grew revenues and increased membership from 108 to 500 in a four-month period at the Windmill Group’s private facilities.

Throughout his life, Kevin has shared his professional skills with the community. From coaching baseball and hockey in Markham to working with numerous charitable organizations including the Princess Margaret Cancer Foundation, the Sunnybrook Hospital’s One Night Live event, Toronto Raptors Foundation, Ronald McDonald House charities and many others, he is a committed believer in giving back to the communities in which he lives. He is the recipient of numerous awards for his community service.

Kevin is married to his wife Heather and together they have two sons, Calvin and Christian.