Making Time For Pace Of Play 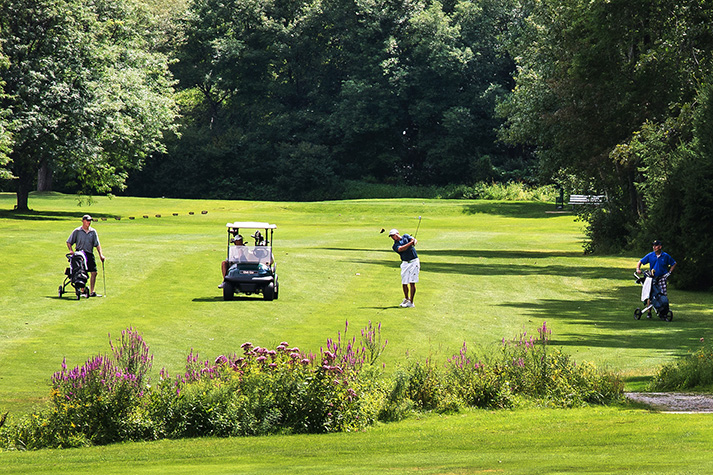 I don’t know about you, but I can’t seem to watch a golf television broadcast or read an article pertaining to golf these days without the “Pace of Play” topic being brought up.

The topic has been directly linked to the subject of “Growing the Game” which is in itself another buzz phrase of the day. One of the main problems, in my estimation, is that absolutely no one believes they’re a slow player and therefore the pace of play has nothing to do with them.

There are also those who appear to simply not care about anyone else on the golf course, believing they’ve paid their money and thus have the right to take as much time as they please, regardless of who else it might affect.

Here are a few observations I’ve made on the subject:

Some of the latest thinking to grow the game and eliminate the extensive amount of time it can take to play is the idea of playing 9 holes rather than 18. While I would never discourage anyone from coming up with new ideas, this seems to me to be one that breaks with the tradition of a very traditional game.

My point here is that the game can be played in a reasonable amount of time and any true golfer would always want to play a full 18 holes if it could be done within that reasonable amount of time. Changing the number of holes played won’t change the habits of the slow players it will just make playing 9 holes longer than it should be and what do we do then, start playing 6 holes?

If you have things you want to do after playing golf, play early in the morning and allot the amount of time that it normally takes you to play as your “golf time“. If you prefer to sleep in, book a later time and prepare yourself that the round will take longer to play as there will likely be slow players in front of you.

Either way, it’s your “golf time” not your time to be stressed out over how long you’re out on the course. Enjoy the moment.

Ian Fabian is a self-proclaimed golf addict and makes no apologies for it. He can be found most weekends carving out his legacy on his home golf course and is easily recognized by the cloud of swing thought bubbles following him around like the cloud of dust followed Pig Pen from Charles Schultz' famous Peanuts comic strip.