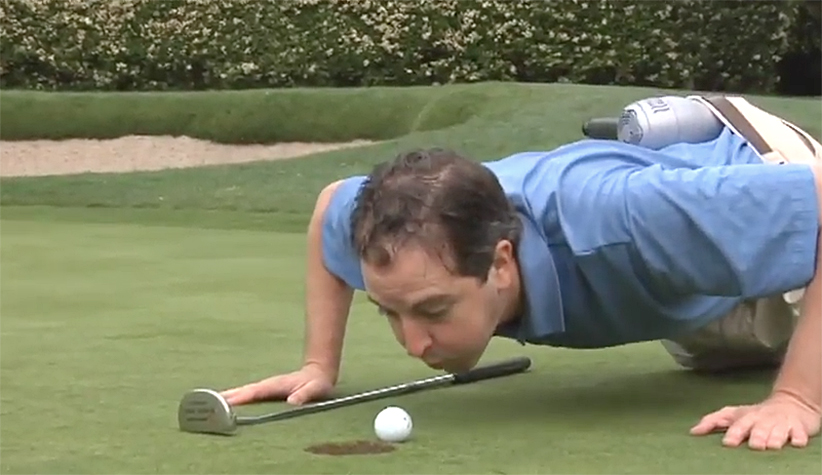 Having watched Tiger Woods leave a putt virtually staring down into the hole and not drop for him in Sunday's final round of the PGA Championship...unlike his famous slow-motion chip-in at the 2005 Masters on the 16th...we felt it might be time to revisit this SCGA Rules Crew video on that very situation.

We've all seen either on TV or in our own experience the putt that stops right on the edge of the hole and defies gravity as it stares down into the bottom of the cup, refusing to drop. And every once in a while, if you wait just long enough, it does eventually do just that.

Problem is...how long is too long, when it comes to taking a rather delayed route to your ball before admitting that it's going to take one more stroke to finish the hole?

The SCGA Rules crew addresses that situation in the following video.