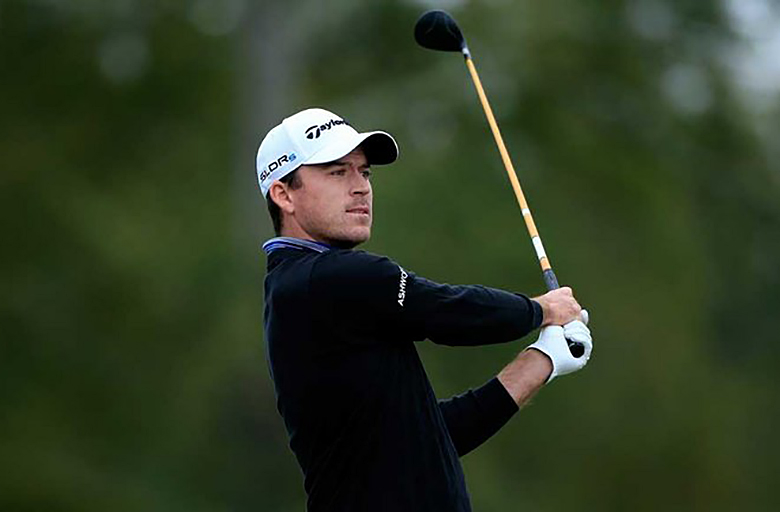 Since Winning The Sanderson Farms Championship, Abbotsford's Nick Taylor Has Been Looking For More Performances Like The One He Had This Week At Pebble Beach - Image Courtesy Sky Sports

When Abbotsford’s Nick Taylor won the 2014 Sanderson Farms Championship in just his fourth start as a PGA TOUR regular, he earned more than just the $720,000 US top prize.

Taylor was also awarded a two-year exemption on the PGA TOUR. In other words, he had that precious commodity of job security on the PGA TOUR. That exemption expires after the 2017 season, meaning Taylor is playing with some extra pressure this year.

He must finish inside the top 125 on the FedEx Cup points list to retain his status on the PGA TOUR and his performance at the AT&T Pebble Beach Pro-Am on California’s Monterey Peninsula will help him meet that goal.

Taylor finished tied for 10th place at Pebble Beach, earning a pay cheque of $172,800 and some valuable FedEx Cup points. He now stands 70th on the points list, giving him some breathing room.

STRONGER FIELD: Taylor’s finish at Pebble Beach was his third top-10 result in 73 PGA TOUR starts. You could make the argument that apart from his win at the Sanderson Farms Championship, it was Taylor’s most impressive performance on the PGA TOUR.

His only other top 10 came last March when he tied for fifth at the Puerto Rico Open. That tournament, like the Sanderson Farms, is an event that is played opposite a World Golf Championship event. That means the likes of Jordan Spieth, Dustin Johnson and Jason Day -- who all competed at Pebble Beach -- were not in the field at Puerto Rico or Sanderson Farms.

Taylor’s Pebble Beach cheque moved him over the $2 million mark in career earnings on the PGA TOUR. Taylor and fellow Abbotsford resident Adam Hadwin, who tied for 39th at Pebble Beach, are both in the field for this week’s Genesis Open at Riviera Country Club in Pacific Palisades, Calif. Hadwin, who has had a solid start to 2017, currently stands 12th on the FedEx Cup points list.

MR. SUNDAY: Victoria’s Jim Rutledge closed the Allianz Championship on the Champions Tour with a seven-under 65. If that sounds familiar, it should. Rutledge has made a habit of going low on Sundays. Trouble is, those fabulous Sunday finishes often follow less than stellar starts to his week. That was the case at the Allianz Championship, where Rutledge opened with an 80 before firing a three-under 69 in Saturday’s second round. He ended up tied for 62nd place and earned $2,538.

Had he turned that opening round 80 into an even-par 72, Rutledge would have finished tied for 23rd and made more than $16,000. Rutledge’s 65 on Sunday came thanks to a sizzling 29, which included five birdies and an eagle, on the back nine at the Old Course at Broken Sound in Boca Raton, Fla.

SHOW TIME: The snowiest winter in recent memory means those of us on the south coast of B.C. have not been able to boast to our eastern neighbours about playing year-round golf. Thankfully, that snow is melting and another sign that the golf season is just around the corner is the annual Vancouver Golf & Travel Show, which goes Feb. 18 and 19 at the PNE.

BUCHANAN REMEMBERED: Simon Fraser University has established the John Buchanan Golf Endowment in memory of the Clan’s longtime coach who died on Jan. 19 at age 77. The hope is the fund will provide one full-ride scholarship per year to a student golfer.

Buchanan spent 50 years at SFU, where he coached both the soccer and golf teams. In 2014 Buchanan received the Chancellor’s award for his years of volunteer work with the golf teams at SFU. Each year, SFU will play host to the John Buchanan/SFU Golf Classic at Vancouver Golf Club in Coquitlam. This year’s event goes April 10.

SLOW STARTS: It has not been a stellar start for British Columbians through the first three events of the Web.com Tour season. Surrey’s Adam Svensson, Roger Sloan of Merritt and Langley’s Adam Cornelson are all 0-for-3 in cuts made so far this season. Justin Shin of Maple Ridge has made one of three cuts. Shin, Sloan and Svensson are all in the field for this week’s Web.com Tour stop in Panama.