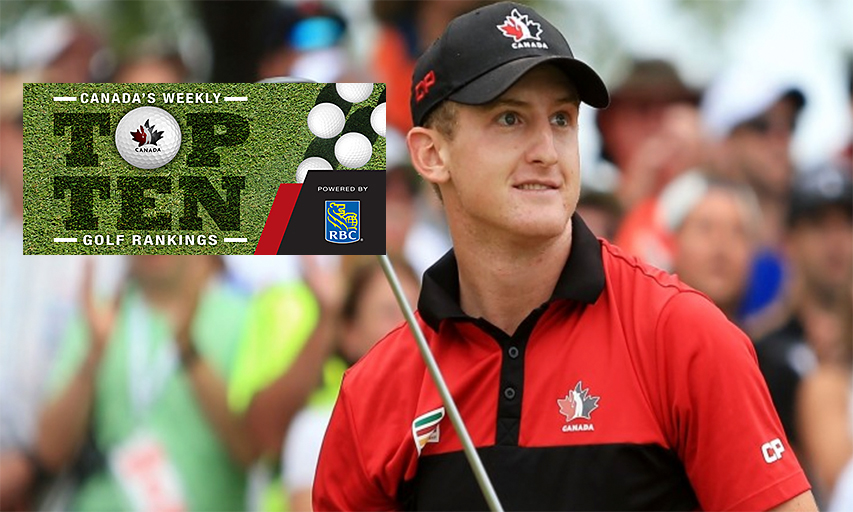 Kimberley, B.C.'s Jared du Toit continues to lead his Arizona State Sun Devils golf squad in heroic fashion as his three-way tie for top spot at the Amer Ari Invitational in Hawaii paced his team to a 4th place finish in the NCAA event.

It was du Toit's fourth Top-10 this year for the Sun Devils and orchestrated a career high ranking in the World Amateur Golf Rankings.

Jared du Toit reached another milestone this past week, breaking into the top-20 in the world amateur rankings for the first time in his career. The Arizona State senior ended up in a three-way tie for medallist honours at the Amer Ari Invitational, carding rounds of 64, 70, and 66. Despite losing on the first playoff hole, the result is his fourth top-10 finish this year and ninth as a Sun Devil. It bumped the Golf Canada National Team Squad member up five places in the rankings, moving him to No. 19 in the world.

Vancouver, B.C.'s Stuart Macdonald made the biggest move among the Top-10 as he continued his swing Down Under. Macdonald climbed eight places in the world rankings after making it all the way to the round of 16 at the NSW Amateur. After finishing in a tie for ninth in the stroke play portion of the event, Macdonald won his opening match 2 & 1 before falling in an extra hole in his second match play game.

Biggest move: Alex Francois picked up 223 spots in the world rankings. The sophomore from Burnaby, B.C. finished in a tie for 30th at the Folino Invitational while playing as an individual for Boise State.

Just one change in the Top-10 saw Valerie Tanguay climb three places in the world rankings, moving up to No. 8 in Canada.

Richard T. Lee made the biggest move among the Top-10, gaining 72 places in the world rankings after finishing in a tie for 13th at the Asian Tour event in Bangladesh. The result was worth 1.47 world ranking points and marked the Toronto golfers first points-paying finish in the last 11 tournaments. Lee also vaulted past Surrey, B.C.'s Adam Svensson and into the No. 9 slot in the Canadian rankings.

Graham Delaet climbed 33 spots in the world rankings after finishing in a tie for ninth at the PGA TOUR’s Waste Management Phoenix Open. It was his second top-10 result in the last five tournaments. The result was worth 7.84 world ranking points and moved the Saskatchewan golfer up to No. 3 in the Canadian rankings.

Adam Hadwin begins his second consecutive week as the No. 1 ranked player in Canada by picking up seven spots in the world rankings. His tie for 12th at the PGA Waste Management Phoenix Open was worth 5.95 world ranking points and marked his sixth straight points-paying finish. So far this year, the Abbotsford, B.C. golfer has gained 32.45 world ranking points.

Other notable results: No. 2 Mackenzie Hughes, No. 4 David Hearn and No. 5 Nick Taylor of Abbotsford, B.C. both missed the cut at the PGA TOUR’s Waste Management Phoenix Open;

One week after losing it, Brooke Henderson has regained the No. 8 world ranking by climbing one spot this past week.