Du Toit, Ko And Ewart Chosen As Finalists For Sport BC AOY Awards 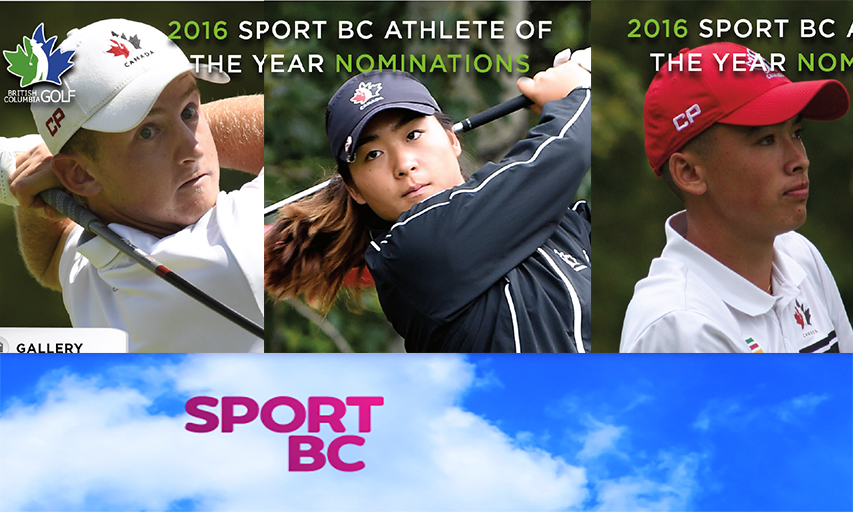 From L-R: Jared du Doit, Naomi Ko and A.J. Ewart Are All Finalists For Sport BC Athlete Of The Year Awards

Three out of four golfers nominated by British Columbia Golf for a Sport BC Athlete of the Year Award have been chosen as finalists for their particular category.

Jared du Toit of Kimberley is a finalist for the Male Senior AOY, with Victoria’s Namoi Ko as Female Senior Athlete and Coquitlam’s A.J. Ewart in the Male Junior Athlete categories also being acknowledged as finalists with the winners to be announced March 8th at the annual Sport BC AOY awards dinner.

Also nominated by British Columbia Golf but narrowly missing out being selected as a finalist, despite winning the BC Junior Girls Championship, putting up four victories in total among 9 top 10 finishes and being the number 1 ranked junior female golfer in Canada, was Delta’s Mary Parsons in the Female Junior Athlete category.

The 3 finalists in her category are Nian Schultz from New Westminster in Athletics, Shallon Olsen from Surrey in Gymnastics and Maggie Coles-Lyster of Maple Ridge for Cycling.

The Athlete of the Year Awards, founded by Sport BC, is the longest standing amateur sport recognition event in the country.  Awards in 18 different categories are given each year to athletes, coaches, and officials on their performance and contribution to sport in the province of British Columbia.  The awards play a valuable role in nurturing athletic success while recognizing extraordinary accomplishments in BC.

Finalists in the categories which nominees by British Columiba Golf will be competing:

Following are previous winners of Sport BC awards from golf with year, name and category.