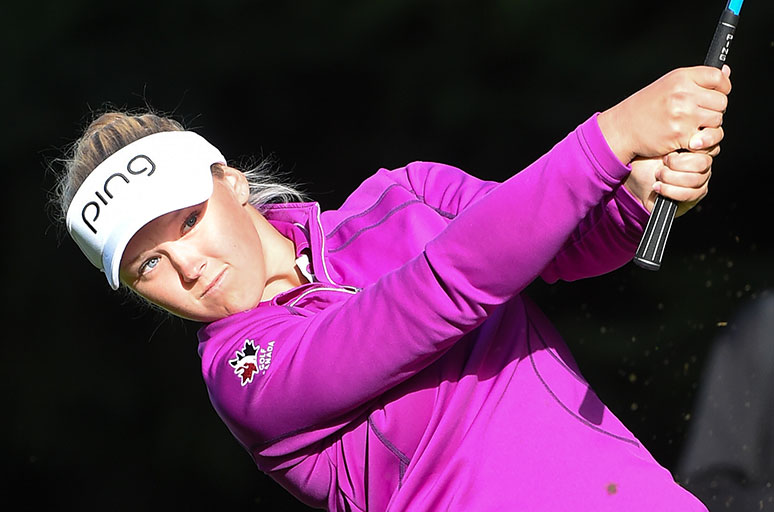 The International Golf Federation this morning announced the draw for the first and second rounds of the women’s golf competition at Rio 2016 when a field of 60 competitors will be seeking to follow in the footsteps of Margaret Abbott of the United States, who won the gold medal in Paris in 1900.

Host nation, Brazil, will be recognized again when Miriam Nagl hits the opening tee shot at 7.30am in the company of Ireland’s Leona Maguire and Kelly Tan of Malaysia – a drive which will mark the return of women’s golf as an Olympic sport after an absence of 116 years. Last week, the honour of the opening tee shot in the men’s competition went to another Brazilian in Adilson da Silva.

Groupings for the field of 60 include world No.1 Lydia Ko of New Zealand playing alongside Sweden’s Anna Nordqvist and Charley Hull who will representing Great Britain. The trio tees off in Wednesday’s final starting time at 11:09am. Nordqvist and Hull will aim to have similar results as their medal-winning countrymen Henrik Stenson (silver) and Justin Rose (gold).

While Ko sits in the top-ranked position in the current world rankings and headed the Olympic qualification, No.2 Ariya Jutanugarn, fresh from her first major championship victory at the RICOH Women’s British Open two weeks ago, will represent Thailand at 10:58am with American Stacy Lewis and the Republic of Korea’s Sei Young Kim.

World No.3, Canadian Brooke Henderson, will play alongside two-time major champion Suzann Pettersen of Norway and fourth ranked Lexi Thompson of the United States at 9:14am. Canada's other entry in the Women's Golf Competition is Alena Sharp who will tee off at 10:25am local time along with Gaby Lopez of Mexicao and China's Shanshan Feng.

Another interesting group includes former world No.1 Inbee Park. The Korean star has been side-lined since the beginning of June with a thumb injury but has been working toward the opportunity to represent her country in Rio. Park tees it up with American Gerina Piller and Spain’s Azahara Munoz at 9:03am.

All tee times are in local time for Rio de Janeiro. A full listing of the draw is attached which includes Wednesday and Thursday tee times. Click here to view the groupings online.

About the International Golf Federation