Back To The ‘Wack: Chilliwack Golf Club Set To Play Host To B.C. Boys’ And Girls’ Juvenile Championships 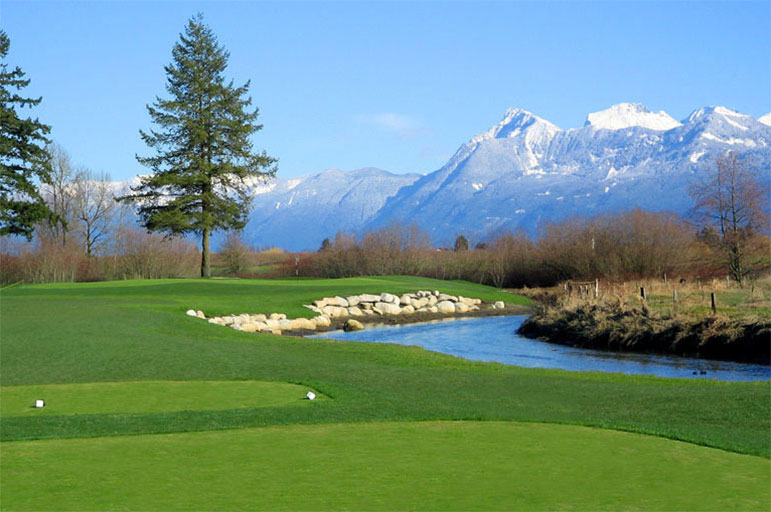 The View From The 12th Hole At Chilliwack Golf Club, Site Of The 2016 BC Golf Juvenile Boys' & Girls' Championships - Image Courtesy Chilliwack GC

Phil Jonas believes Chilliwack Golf Club is a perfect choice to play host to the B.C. Boys’ and Girls’ Juvenile Championships. “I would say it is a very under-rated course in terms of how good it is,” says Jonas, a former PGA TOUR member who now teaches out of Hazelmere Golf Club in Surrey.

“If you just look at the scorecard you’d think you’d kill it, but you won’t. I think it is a great course for the juveniles to be playing. You really have to think your way around it.”

Jonas recently played Chilliwack with one of his female students who is in the field for the 54-hole event that begins Tuesday, Aug. 16. “When we played there, I told her there are lots of holes where you have to hit it here and you also have to know where the pin is before you play. You can’t just get on every tee and pull out the driver and fire away. There is a right side of the fairway to come in on.”

Jonas speaks from experience. He has played dozens of competitive rounds at Chilliwack over the years. In fact, he played his very first tournament round in Canada at the 1983 Chilliwack Open.

Jonas, a native South African who went to college in Texas, had come north to visit his then girlfriend and now wife, Patty Jonas. “I have played there a lot over the years,” he says. “It has changed. Every green has been redone except for the ninth hole. They have done a good job. I think it’s a nice solid test. It seems to always hold its own pretty well against good players.”

Chilliwack Golf Club opened way back in 1958. It is a semi-private member-owned layout that boasts about 450 members. “It is a very active membership here,” says general manager Brian Ewart. “We tend to get most of our public play in the afternoon.”

Next spring, the CN Future Links Pacific Championship will be played at Chilliwack. “We are quite comfortable hosting these kinds of events,” Ewart says.

Chilliwack is not especially long, measuring just over 6,500 yards from the tips, but has plenty of defences. “Our biggest hazard, for lack of a better term, are our tree-lined fairways,” Ewart says. “These are trees that were planted when the golf course opened and if you get in those trees it’s like taking a one-shot penalty. It is not penal in the sense you lose your golf ball like on some courses. You find your ball but you generally have to just play it back to the fairway.”

The course, formerly a par 71, now plays as a par 72 as the 13th hole was recently extended and now plays as a par 5. The front nine at Chilliwack is considered to be more scoreable than the back side.
“You have to hang on the last nine holes, if you will,” says Jonas.

This year’s field includes 15-year-old Nolan Thoroughgood of Victoria, who last month became the youngest winner in the 114-year history of the B.C. Amateur Championship, and Callum Davison of Duncan, who earlier this month tied for third at the Canadian Junior Boys Championship in St. John’s Nfld.

The girls’ field includes national development team member Hannah Lee of Surrey and two players, Alisha Lau of Richmond and Amanda Minni of Delta, who both finished in the top 10 of the recent Canadian Junior Girls Championship in Nova Scotia.

Last year’s tournament was held at Spallumcheen Golf & Country Club in Vernon, where Coquitlam’s A.J. Ewart and Abigail Rigsby of Courtenay were the winners. Neither player is age-eligible to compete in this year’s tournament.

CLICK HERE for info & results for the BC Juvenile Boys & Girls' Championships.