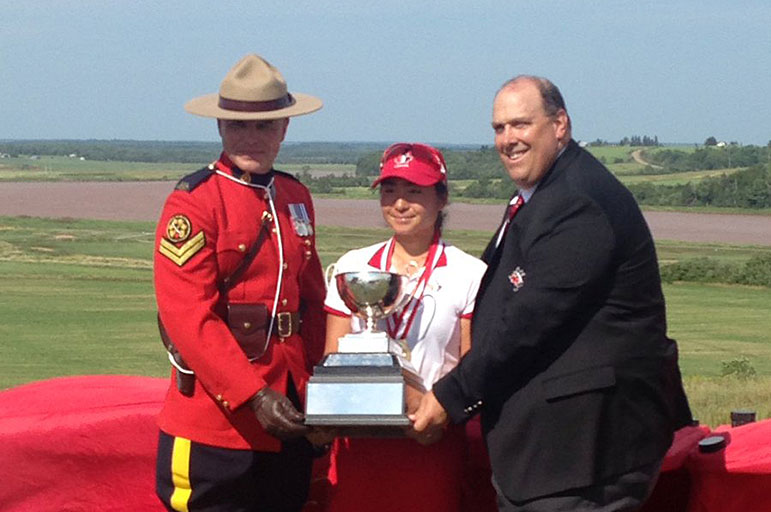 It hasn’t been a great summer in British Columbia, but don’t try telling that to Naomi Ko. She has been so much better than the weather. The 18-year-old Victoria resident’s super summer continued Friday in Shubenacadie, N.S., where she  won the Canadian Junior Girls Championship.

Ko birdied three of her first five holes en route to a even-par 72 at The Links at Penn Hills and finished the 72-hole event at five-under par. That was good for a four-shot win over Chloe Currie of Mississauga, Ont.

Those early birdies helped relieve some of the pressure for Ko, who started the final round tied with Delta’s Mary Parsons. “I made those three early birdies and that actually gave me a lot of confidence for the rest of the round,” Ko said in a telephone interview. “Even though I had three bogeys after that, I was able to stay positive.

The win capped a strong summer season of golf for Ko, who plays out of Royal Colwood Golf Club in Victoria and is preparing for her sophomore year at North Carolina State University. She made the cut at a LPGA Tour event in Portland earlier this summer and also qualified to play in the U.S. Women’s Open.

She recently finished second in the Pacific Northwest Women’s Amateur and tied for seventh at last week’s Canadian Women’s Amateur Championship in New Minas, N.S., where she finished as the low Canadian. 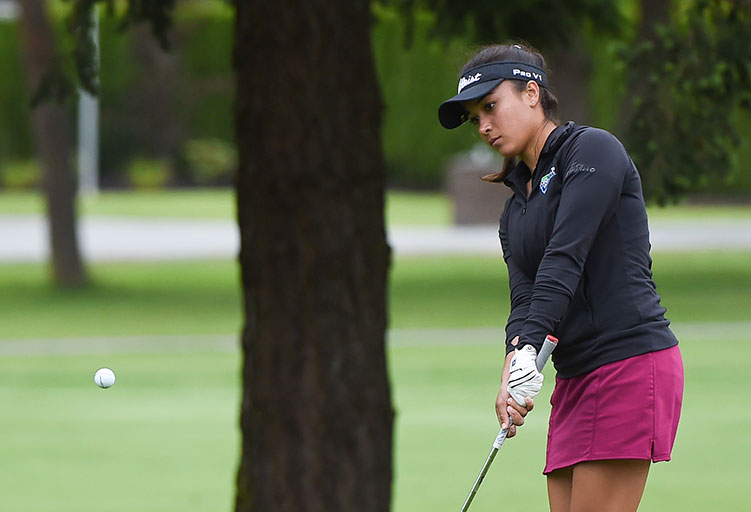 Delta, BC's Mary Parsons Finished In Solo 3rd Spot At The Canadian Junior Girls Championship With A 4-Round Total Of Even Par

“It has been one of the most successful summers I have had in my golfing career,” Ko said. “When I started my freshman year last fall my golf game was actually really bad. That first year of collegiate golf has really helped me mature as a person and as a player on the course. And having spent three years on the (Golf Canada) development team, that adds up.

I have just been trying to improve my weaknesses and also keep my strengths at the same time. It has been up and down, but I think being on Team Canada and having the support from Golf Canada and my school has played a big role in helping me develop as a player and a person.”

Ko’s win highlighted a strong performance by B.C. golfers at the Canadian Junior tourney. Four of the top five finishers, and seven of the top 11, were British Columbians. Parsons, who last month won the B.C. Junior Girls Championship at Big Sky Golf Club in Pemberton, started the day tied with Ko. Parsons shot a five-over 77 on Friday and finished solo third at even-par.

Richmond’s Alisha Lau was fourth at two-over after closing with an even-par 72. Cecile Kwon of Maple Ridge finished fifth at three-over after shooting a 74 on Friday. Delta’s Amanda Minni also cracked the top 10, finishing in 10th place at nine-over. She shot a 74 on Friday. Tiffany Kong of Vancouver and Hannah Lee of Surrey tied for 11th at 11-over.

“British Columbia Golf does a lot for junior golf,” Ko said. “Their events are very well organized and there is so much good competition. I think that is what is helping players develop their games. B.C. has to be the strongest province in Canada for junior golf.”

Ko has one more big event on her schedule. She has received an exemption into the Canadian Pacific Women’s Open, which goes Aug. 25-28 at Priddis Greens Golf Club in Calgary. After three years on Golf Canada’s national development squad, Ko was named to the national team earlier this year. Ko won the 2014 B.C. Junior Girls title and was named Sport B.C.’s Junior Female Athlete of the Year for 2014.