A Super-Sized Win For Holly Horwood In Kelowna 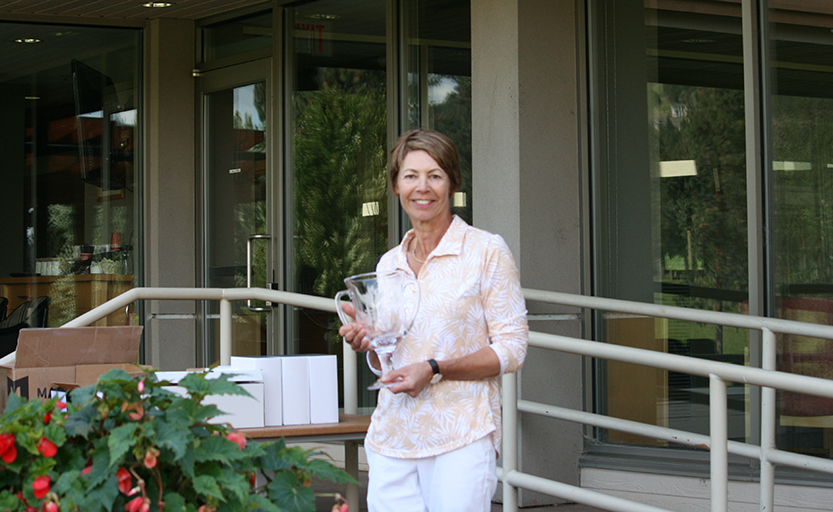 KELOWNA -- Holly Horwood came to Kelowna Golf & Country Club looking for her second B.C. Women’s Super-Senior Championship. She got that and something even better. The Shaughnessy Golf & Country Club member also claimed her third B.C. Senior Women’s title, coming from behind to beat five-time champion Jackie Little of Port Alberni in Thursday’s final round.

At age 64, Horwood didn’t see another seniors title in her future. That category is open to players 50 and over. Horwood had her sights set on the super-senior category, which is for players 60 and over.

She won that title for the first time in 2014. “My goal was to win the super-seniors and I was also keen to make the (three-person B.C.) team,” Horwood said. “So to win the whole thing is just very unexpected and really nice. Especially because the last one was way back in 2007. This is lovely, it’s really nice. I am really proud that I held it together today.”

That wasn’t easy as it was a blustery day. “It was really difficult,” Horwood said. “The choice of clubs was just so hard, very hard, so I am happy and very proud.” Horwood closed with a five-over 77 to finish the 54-hole event at 12-over par. That was two shots better than Little, who shot an 80 on Thursday.

Little began the day with a one-shot lead on Horwood and still had it when they arrived on the 10th tee. But Little struggled with her putter, especially on the back nine. “I was playing really good and then on No. 8 I rammed one by by about 10 feet, then it just kind of threw me for as loop,” Little said.

“Then I three-putted nine, three-putted 10 from not very far away, three-putted 13, three-putted 16. I was just missing those five-footers and then I lost confidence. You try to say, ‘calm down, it will be fine,’ but it’s hard. Putting is usually a good part of my game so it was surprising to see how bad it was. But Holly was solid on the back side.”

Horwood had a two-shot lead coming to the tough par 3 15th hole at Kelowna and made a nice up and down out of the back bunker to retain that advantage. “That was big, because I was starting to think a little bit about things,” Horwood said.“Jackie bogeyed the previous hole and at that point I started to get a little jittery.”

After making a five-footer for par on 15, Horwood then bombed her best drive of the day on the par 5 16th. “I was really happy with my drive on 16. It was my best drive of the day and I also hit my second shot really well. I should have birdied the hole, but I was very happy to hit that drive.” 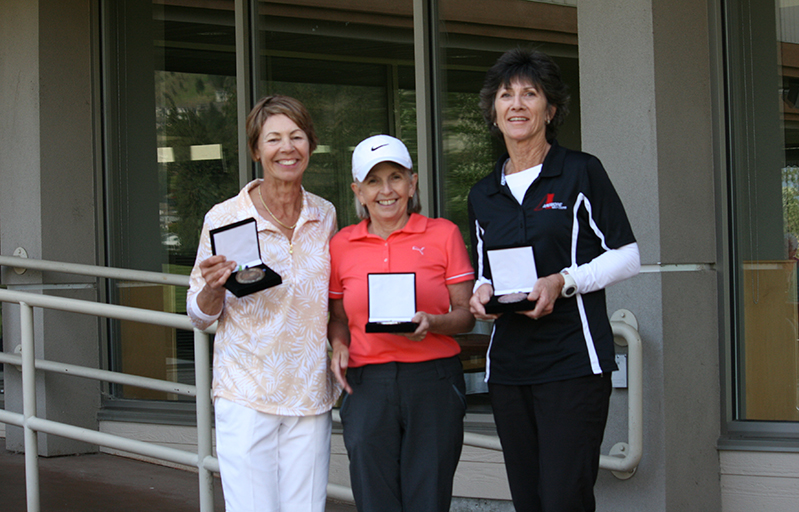 The only disappointment for Horwood was the way she finished, by three-putting the final two holes for bogeys. “I am so sorry people had to witness that awful putting on the last couple of holes,” laughed Horwood, a former reporter with The Province newspaper. “Both Jackie and I said on 17 the wheels have come off on the greens. It’s unfortunate I couldn’t hold it together.”

Horwood and Little will be joined on the team that will represent B.C. at the Canadian Senior Women’s Championship by Penny Baziuk of Sidney. Baziuk shot an 80 Thursday to finish third at 17-over par. The Canadian Senior goes Aug. 24-26 at the Wolf Creek Golf Resort in Ponoka, Alta.

That tournament will also include a super-senior category, which Horwood will have her eye on. “I am just so keen on the super-senior now,” said Horwood, who won the Canadian Junior Girls championship back in 1970. “That’s my category and I always wanted to win the super-senior national. That has been my dream for years. This is going to move me toward that, I think.”

Horwood won the B.C. Super-Senior Championship by eight shots Thursday over fellow Vancouver resident Phyllis Laschuk of Point Grey. The tournament also included a Stableford competition that was contested over three flights based on handicaps.

The top three finishers in the Senior and Super-Senior tournament were not eligible for the Stableford competition. The A flight was won by Josee Deslauriers of Parksville with 109 points. Maryanne Bennett of Cranbrook took the B flight with 112 points, while Marianne Hunt of Duncan captured the C flight with 114 points.