Senior Women Get An Old Classic For Their Championship Tourney 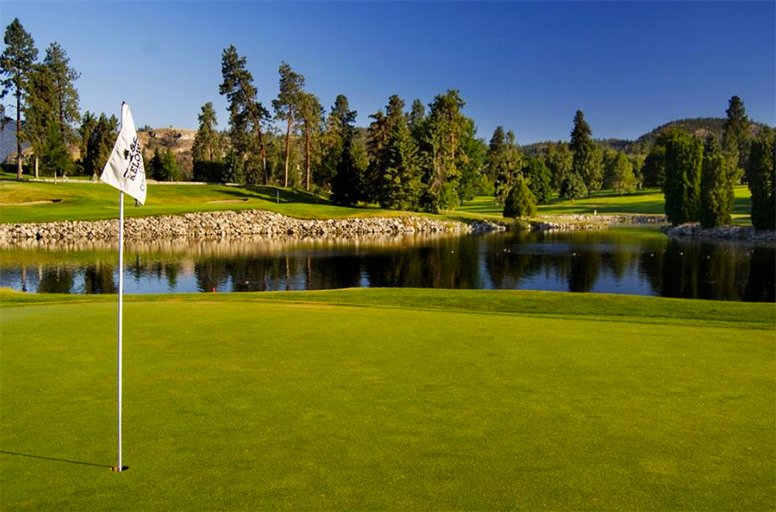 KELOWNA -- British Columbia is blessed with a number of golf courses that perhaps can be best described as old classics. Kelowna Golf & Country Club is one such example. It has been around since the 1920s and nearly 100 years later boasts a membership of about 1,300.

The course, which was re-designed by A.V. Macan in the early 1960s, is the site of this year’s B.C. Senior Women’s/Super Senior & Stableford Championships. A field of 94 women, including last year’s Senior Women’s champion Jackie Little of Port Alberni, is expected for the 54-hole event that runs Tuesday through Thursday.

They will face a course that is known to present all sorts of different challenges to players. “The greens are definitely a little bit subtle and tricky and some of our older original greens have some slope to contend with,” says head professional Rob Anderson. “It is a course that forces you to hit different kinds of shots. It has terrain changes, there are straight holes, doglegs, you name it.”

Anderson felt like he was coming back home when he joined the club nearly seven years ago as head pro. “We used to live right on the second hole back in the mid-1970s and that is where I started bashing the ball around,” Anderson said. “And then we returned from Winnipeg in 1984, so I was a junior member for two or three seasons and an intermediate for a couple of seasons.”

The club has had a number of different lives. “Back in the day it was 18 holes on sand greens, then it became a nine-hole course with grass greens and then in 1962 when Macan did the full redesign it was 18 holes on grass greens,” Anderson said. “We are half to two-thirds of the way through a 10-year long-range project. So on some of the holes that have been redone for various reasons, green surrounds and bunkering are all sort of being put together to make it look like it is one cohesive design and in the style that Macan did things.”

The vast majority of play at Kelowna comes from its members, although the course does accept public play. It has a hugely popular men’s night every Wednesday that regularly attracts 150 or more players. One of them is often two-time PGA Tour winner Dave Barr, who is a lifetime member at Kelowna. “Dave is generally here from mid-May right through to the end of September,” Anderson said. “He plays men’s night every week.”

Another prominent player who knows Kelowna well is 13-time B.C. Amateur champion Doug Roxburgh, who has been a regular at Kelowna’s annual Ogopogo tourney every summer. “I have played way more competitive rounds there than anywhere else other than Marine Drive,” Roxburgh said. “I just think it is a great member’s golf course. It has got variety, the setting is magnificent with Dilworth Mountain in behind it and the conditioning of the course is always tremendous.”

Victoria’s Alison Murdoch, a four-time Canadian Senior Women’s champion who has also won two B.C. Senior Women’s titles, thinks Kelowna will be an excellent venue for the senior women.
“I think it will be a great test,” said Murdoch, who finished second recently in both the B.C. Mid-Amateur and Mid-Master Championships at Nanaimo Golf Club. “Some holes are very difficult there, with side-hill lies and so-on. But I am looking forward to it.”

This year, the B.C. Senior Women’s championship is being contested on its own. Last summer, it was held in conjunction with the B.C. Mid-Master Championship. Murdoch, who finished second to Little at last year’s Senior Women’s tourney and won the Super Senior title, hopes that will mean the course won’t be set up quite as tough as it was at last year’s championship at Cowichan Golf & Country Club. “The only people there this year are the seniors, so it won’t be a test for a bunch of mid-Masters thrown in as well,” she said.