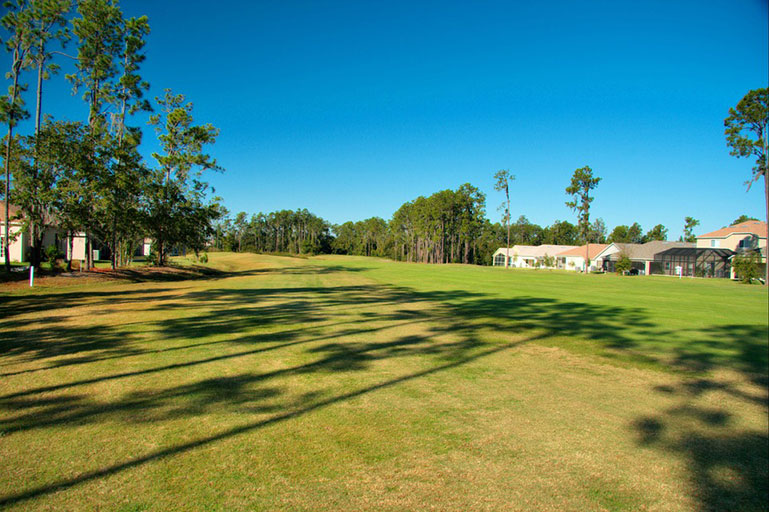 The Mark Twain quote most often repeated in golf circles is the one about the game being a good walk spoiled. But there is another quote from the noted American author that seems especially apropos for the golf industry these days: “Whiskey’s for drinking; water’s for fighting over.”

Larry Gilhuly, the colourful west region agronomist with the United States Golf Association, has no doubt about what the biggest issue facing golf will be in the coming years. “It’s water,” Gilhuly said in a lively presentation to the annual general meeting of British Columbia Golf at Tsawwassen Springs.

“There is no question. Whether you’ve got or don’t got it (sic), it will be an issue in the future. It will drive everything in this industry. That is something to think about because in North America, we get it wrong. Green is the 'holy grail' but healthy grass is not necessarily green.”

Gilhuly, a former assistant superintendent at Seattle Golf Club, has worked for the USGA for the past 33 years and has some strong opinions on sustainability, which was the topic of his hour-long presentation.

He joked about the Monday after the Masters being the toughest day of the year for golf course superintendents in North America. Golfers will have spent much of the past week watching the drama unfold at Augusta National Golf Club in absolutely pristine conditions and wondering why they can’t get that at their courses.

“What you are looking at is not real,” Gilhuly said. “What I mean by that is the course is closed for five or six months a year. Their problem is they have too much money and they have to get rid of it somehow. The greens are underlaid with heating systems, during the summer they have tents over them, the bunkers have plastic over them. There is no play. You can’t compare your golf course in any way to Augusta National. It is not sustainable.” 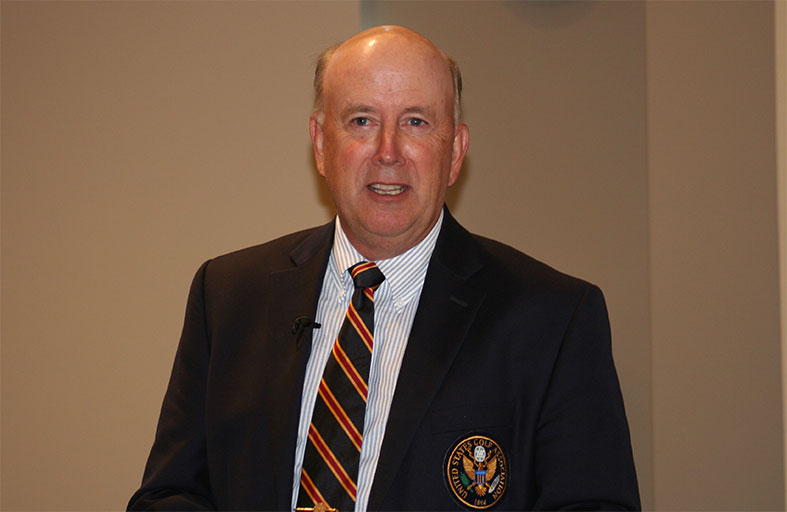 Gilhuly called last summer’s near-drought conditions one of the best things that has happened in years because it forced the golf industry to start thinking more about its use of water. He said the industry has a perception problem when it comes to water and suggested it must work hard to change that.

“The public perception of golf course(s) is not good as far as water use,” he said. “It is not good. (The public is saying) 'you are water hogs and why should we be faced with water restrictions while the golf course down the street just throws water away'. It’s perception and we have to fight it.”

Gilhuly said North American golfers must adjust to having their courses less green. To conserve water, courses must use that precious resource on areas where it's most needed, most notably greens, fairways and tees. Far too much is wasted, he said, watering areas like the rough and driving range landing areas. “You can have a little brown on your golf course, especially the rough,” Gilhuly said. “Players like the rough when there’s not a lot of thick grass. You can find your ball and move along.”

Gilhuly said courses in places like Scotland and New Zealand get it right. “Green grass equals more green (dollars),” Gilhuly said. “You will spend more money at your club keeping grass green. It’s a fact. That’s why the Scots have it right, it’s why the Kiwis have it right. . .They have (maintenance) staffs in Scotland to this day that are five to six people. How do you maintain an 18-hole golf course year-round with five or six people? Don’t fertilize it too much, the grass won’t grow as much. Don’t water it as much, the grass won’t grow as much and that means you don’t have to mow it as often. That means you don’t need as much labour. . .that’s sustainable golf.” 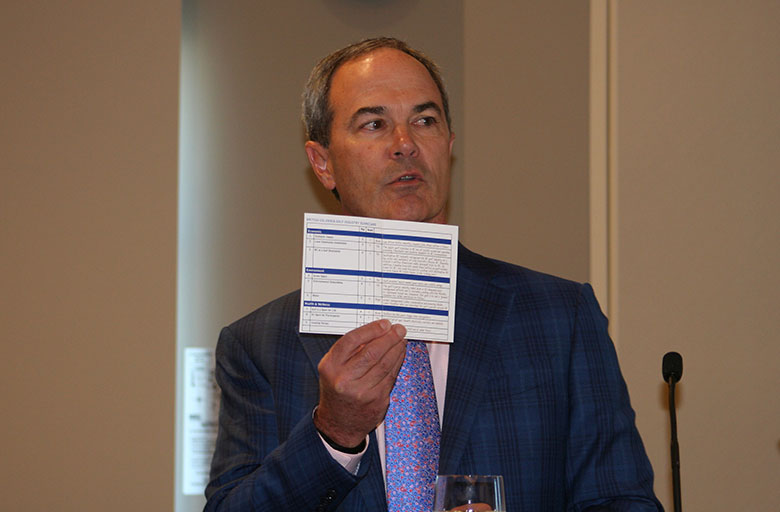 The California golf industry knows better than most about how big an issue water has become. Kevin Heaney, executive director of the Southern California Golf Association, spoke to the AGM about how the industry there has banded together under what is called the California Golf Alliance to lobby government on its behalf.

The industry had success working with government to change some potential restrictions that could have put some courses out of business. Heaney said courses in the Los Angeles area had been told they were going to be limited to watering just two days a week. “What we came to know was that LA wanted 15 per cent reduction in water usage,” Heaney said. “Our comeback to them was if we give you 20 per cent can we water every day? They were thrilled about that. That was all they needed to hear.”

But like Gilhuly, he cautioned that the industry must be more proactive when it comes to managing its water. “We have a lot of golf courses that don’t know how much water they use,” he said. “That is crazy.”

Gilhuly had a number of other suggestions about making the game more sustainable. He spoke at length about slowing down green speeds and presented a chart showing that Stimpmeter readings had increased by three or four feet over the last 30 years on a number of Seattle-area courses.

“Unfortunately, courses have been taken over mentally by single-digits (handicaps). . .They are not the majority of golfers. In fact, they are the minority by a mile. Maybe five per cent or less of golfers in the United States are five handicap or less. . .Greens should be set up for the regular player. The average male player is a 14.5 in the U.S. for ladies it is 28.9. I’m sorry, but 28.9 players should not be playing on greens that have 11 foot of speed. It’s not fun, it will hurt the game, it is not sustainable.”

Gilhuly is also a proponent of shorter forward tees, noting 5,400-yard front tees used by women equate to about 7,200 for men. “Any guys want to play 7,200 yards all the time? Have your third shot into a par 4 with a long iron? That’s fun. . .Everybody is moving forward, It’s not a gender issue any more. Older guys finally are getting over their ego problems and playing tees that are appropriate for their distance. It’s a distance issue.”