Abbotsford’s Nick Taylor Makes the Biggest Gain for The Week 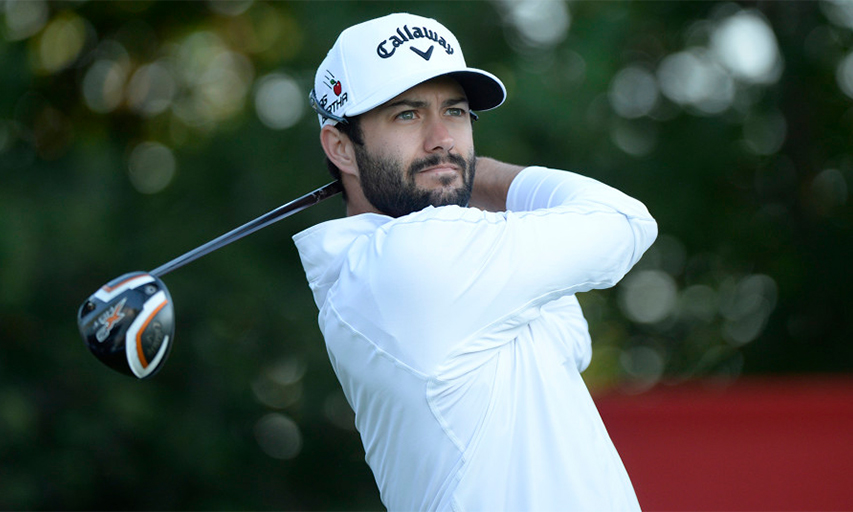 Adam Hadwin finished tied for 16th at PGA’s Northern Trust Open, his second straight Top-20 result of the season. His final-round 66 was the best score of the day and the finish marked his best career result at Riviera, which was good for a 15-spot gain in the world rankings for the No. 3 ranked golfer in Canada.

His gain of 4.95 world ranking points was his third points-paying finish in the last four tournaments. He has earned a total of almost 16 world ranking points over that span and if he can make up the 14-place gap between himself and No. 2 Graham DeLaet by the second week in July, he will qualify for one of two Olympic spots for Canada.

Fellow Abbotsford, B.C., native Nick Taylor made the biggest gain among the Top-10, picking up 28 spots in the world rankings after finishing in a tie for 26th at Riviera. That was good for 2.67 world ranking points – the second straight points-paying finish in as many weeks for the No. 4 ranked golfer in Canada.

Jessica Wallace was the big mover of the week in the Top-10, picking up 60 spots in the world rankings after finishing second at the Symetra Tour’s season-opening event in Beaumont, Calif. The Langley, B.C., golfer was tied for the lead before a bogey on the final hole left her one stroke shy of her first career victory. The result equals her best career finish and moves her from No. 9 up to No. 7 in the Canadian rankings.

Fellow B.C. golfer Sue Kim climbed 17 places in the world rankings and moved past Maude-Aimée Leblanc for the No. 3 ranking in Canada after finishing fifth at the Symetra Tour event.

Positive gains for all but one amateur golfer in the Top-10 this past week. Top ranked Blair Hamilton picked up five spots after finishing in a tie for seventh at the All-American Intercollegiate. It was his second Top-10 result of the year for the senior at Houston.

No. 2 Jared du Toit kept pace with Hamilton, picking up nine spots after finishing in seventh at The Prestige at PGA West. It was the Kimberley, B.C., native’s career-best finish at Arizona State and his second Top-10 result in as many tournaments this spring.

No. 4 Austin James made the biggest move among the Top-10, gaining 37 spots following his sixth place finish at the All-American Intercollegiate. It was his fifth Top-10 result this season.

Outside the Top-10, Luke Moser moves from No. 20 up to No. 15 after gaining 87 spots in the world ranking following his tie for 16th at the All-American Intercollegiate. It was his third Top-20 result of the season.

Ki Taek Lee moves back into the Top-20, settling in at No. 17 after a 124-spot gain in the world rankings. It comes on the heels of a tie for 14th at the Prestige at PGA West.

Honourable mention to Steven Diack of Coquitlam, B.C., who picked up his second career collegiate title this year at the Claud Jacobs College Invitational. The junior at Wayland Baptist University came from two-shots off the pace to claim medalist honours. Diack was also named the Sooner Athletic Conference Men’s Golfer of the Week.

Biggest move: Charlie Corner climbed 410 spots in the world rankings after finishing tied for 22nd at the John Burns Intercollegiate. It is the second time in three weeks that the sophomore from Cayuga, Ont., has made the biggest move of the week.

Top ranked Maddie Szeryk broke into the Top-20 in the world after climbing three spots in the world rankings. The Golf Canada National Team member is coming off her first career collegiate win with the University of Texas A&M.

Just outside the Top-10, No. 11 Selena Costabile climbed 107 spots after finishing in a tie for second at the AJGA’s Annika Invitational.

Biggest Move: Kathy Lim of Langley, B.C., climbed 282 spots following her tie for 56th at the Lady Puerto Rico Classic. The freshman at the University of Michigan – a former runner up at the 2014 BC Junior Girls Championship – has one Top-10 and two Top-20 results in three starts this year.