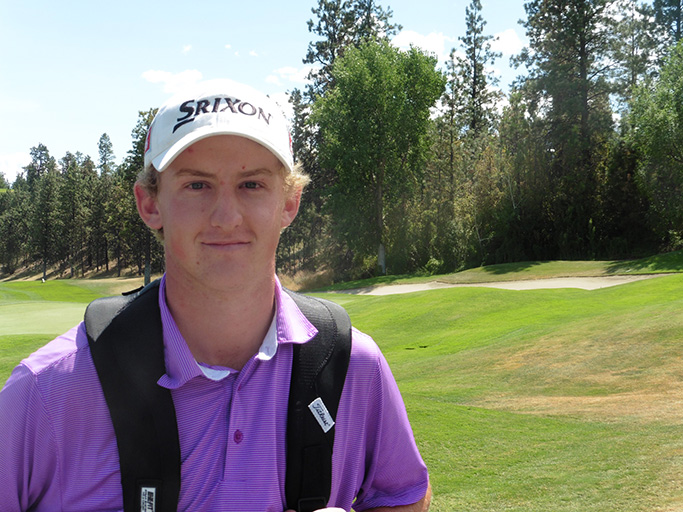 Eric Banks lost ground in the world rankings this week, but the No. 4 ranked amateur player in Canada was the only Top-10 golfer to get his 2016 campaign underway. The Golf Canada National Team member from Truro, N.S., finished in a tie for 52nd at the Australian Master of the Amateurs Championship.

For the 10th straight week, Jared du Toit holds down the No. 1 amateur ranking in Canada.

Outside the Top-10, Tony Gil and Andrew Harrison slipped down the rankings by four and 54 spots, respectively. No new players entered the Top-20 this past week.

On the amateur women’s side, Jessica Ip was the only Top-10 player in action. The Richmond Hill, Ont., golfer finished in a tie for 28th in the Championship Flight of the Harder Hall Women’s Invitational. The sophomore from Iowa, who boasts the best scoring average on the team through four fall events, slipped 88 spots in the world rankings – one of three players in the Canadian Top-10 to lose places this past week.

There were drops for all but three of the Top-10 Canadians in the world rankings over the past seven days. David Hearn, who is set to kick off his 2016 golf campaign at the Sony Open this week, slipped four places in the world rankings. He was surpassed by three other golfers who competed in season-opening events in South Africa and Hawaii last weekend. Canada’s No. 1 ranked golfer will be joined in Hawaii this week by Graham DeLaet, Adam Hadwin and Nick Taylor.

Outside the Top-10, Lindsay Renolds vaulted past Wilson Bateman and Mike Weir into the No. 12 spot in the Canadian rankings. Bateman also moved past Weir as the 2003 Masters champion continues to lose world ranking points. Weir won’t begin play until February when he competes at the AT&T Pebble Beach Pro-Am. He hasn’t swung a club in a competitive event since withdrawing from the John Deere Classic last July. When he does return, he will have eight events in which to make a certain amount of money in order to retain his PGA Tour playing privileges, having already exhausted a pair of career money list exemptions the past two seasons. It is possible the Brights Grove, Ont., native could make appearances on the Web.com and European Tours this year as he tries to play himself back into competitive form.

Just one notable change in the women’s Top-10 as Samantha Richdale of Kelowna, B.C., moves up one spot to No. 6, replacing Lorie Kane.