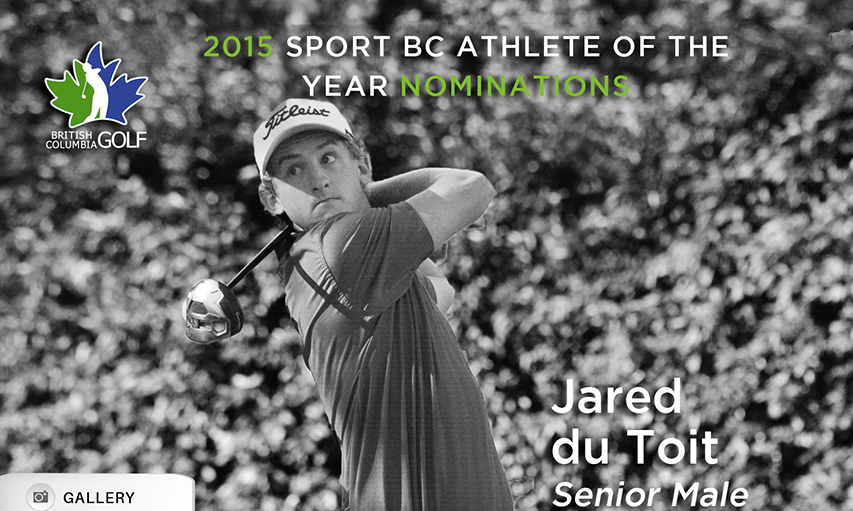 Jared du Toit of Kimberley, BC has been nominated for the Sport BC Senior Male Athlete of the Year Award for 2015. Winners of the various categories are announced at the awards dinner on Thursday, March 10, 2016 at the Vancouver Convention Centre.

Along with his victory in the 113th edition of the BC Men's Amateur, du Toit also added a 6th place finish in the Pacific Coast Amateur Championship held at the Eugene Country Club in Oregon. Du Toit was joined on Team BC for the Morse Cup team portion of the competion by 2014 Sport BC High School Athlete of the Year winner Jordan Lu and Victoria's Kevin Carrigan as the three combined for a 4th place finish among the 15 teams entered.

Du Toit also picked up another top 10 finish with a T9th at the Monroe Invitational in New York, an event that includes as past champions PGA TOUR winners Dustin Johnson, DJ Trahan, Chris DiMarco and Nolan Henke among others. Attending the University of Idaho before his late summer transfer to Arizona State, Du Toit had a T25th in NCAA Division 1 regionals in San Diego.

Named to the Team Canada National Squad, Jared du Toit finished the 2015 season as the number one ranked Canadian Male Amateur golfer in the world. 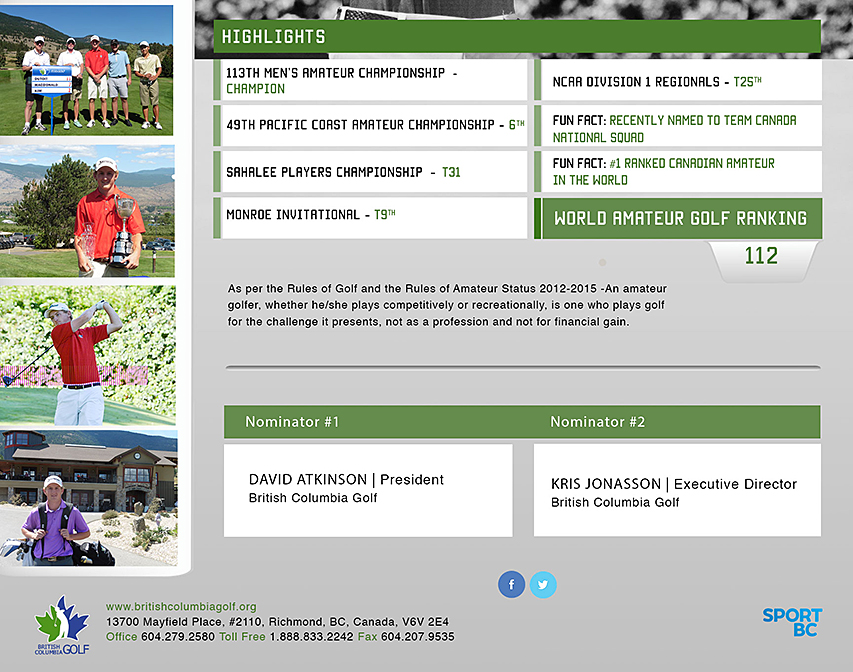