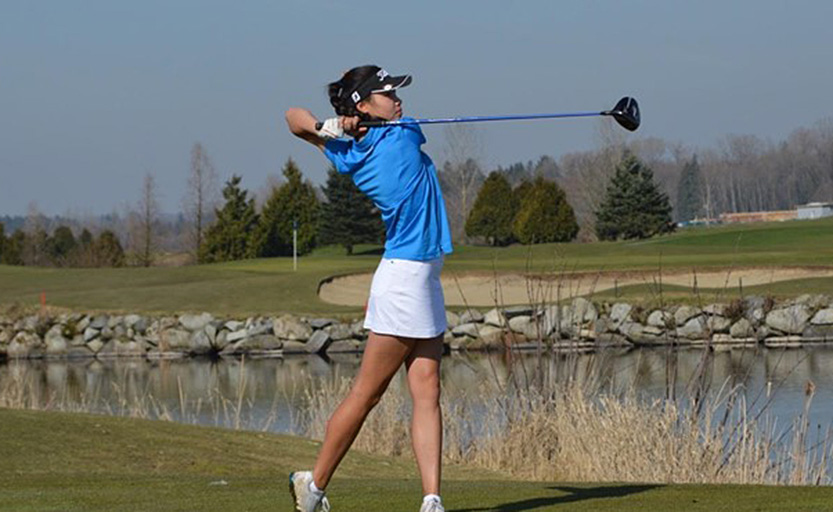 She has also competed in numerous events on the MJT, CJA, and BCGA circuits for the past three years “You can definitely say that I was born to be in the Clan because I come from a family of SFU alumni,” said Ma. “From the day I began competing in golf three years ago I had my sights set on SFU for their academic excellence and I have admired coach John Buchanan’s vision for building a strong team.”

Ma’s uncle, Bong Ma, competed on the Clan track team from 1984-86 and her cousin, Tessa Ma, was on the wrestling team from 2008-12. Both her parents graduated from SFU. “I am honored to be part of the SFU women’s golf team's journey towards becoming a dominant program in NCAA,” she said.

Ma is an honour roll student with a 4.0 grade point average and she plans to major in Communications, and then attend law school. She also played competitive volleyball before turning her focus to golf.