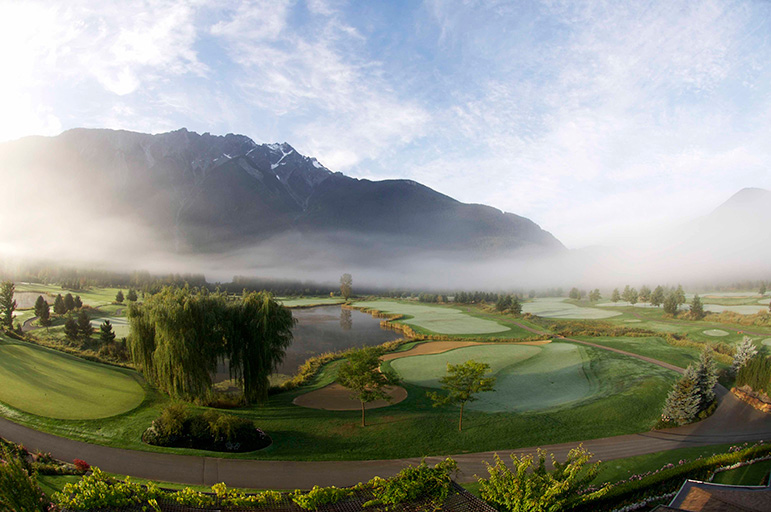 Federal Way, Wash. – In the November 2015 issue of Pacific Northwest Golfer magazine, the par-5 18th hole at Big Sky Golf Club in Pemberton, B.C. is recognized as one of the “Great Holes of the Northwest,” one of just four holes selected each year by the Northwest’s largest and longest-running golf publication.

Not overly long at 546 yards from the back tees, this finishing hole has water that runs the length of the fairway on the right side, with a finger of the hazard crossing from right to left 40 yards in front of the green, which, along with a massive wrap-around bunker protecting the approach from all angles, prevents most players from attempting to reach the green in two shots.

The course is known for large greens with closely-shaved surrounds, and the 18th is one of the largest of the layout.

Designed by Robert Cupp, Big Sky has garnered numerous accolades since its opening in 1994, including being recently ranked by Golf Digest as one of the top 30 public golf courses in Canada for 2015-2016, a ranking it has received the past three years.

It was also rated the No. 1 public access course in British Columbia for 2012 by the PGA of BC. Cupp was the senior designer at Nicklaus Design before forming his own company in the mid-1980s. He has since designed over 140 courses around the world, seven of which have hosted major championships.