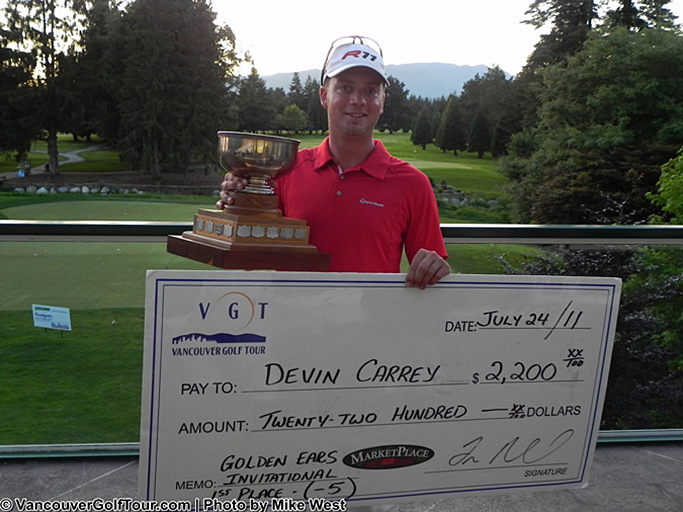 Four Canadians finished inside the cut of T21 (plus ties) on Friday to advance to the final stage of Web.com Tour Qualifying School. The Canucks were in action at two separate 72-hole stroke-play events contested at different sites in the U.S.

In Texas, Canadians Devin Carrey of Burnaby, B.C. and Cam Burke of New Hamburg, Ont., cracked the top-10 at the Clubs of Kingwood-Deerwood to punch their ticket to the final stage.

Carrey came in at 8-under par to finish tied for fourth while Burke ended at 6-under to finish T10. American Anthony Broussard of Addison, Tex., took home medalist honours, finishing at 16-under, five-strokes clear of the runner-up.

Team Canada Young Pro Squad member Mackenzie Hughes of Dundas, Ont., led the way at the Brocksville, Fla., event, closing at 17-under at the Southern Hills Plantation Club to finish as runner-up—four strokes back of medalist Doug Leston. Canadian Chris Ross—also of Dundas, Ont.—posted an 8-under to just squeeze inside the cut line with a T18 finish.

There are two remaining stage II Qualifying events still to be conducted, both running from Nov. 17–20. There are 10 hopeful Canadians in the field at the remaining events, all looking for their chance to advance to the final stage contested from Dec. 10–13 at PGA National Resort and Spa in Palm Beach Gardens, Fla. See the list below: