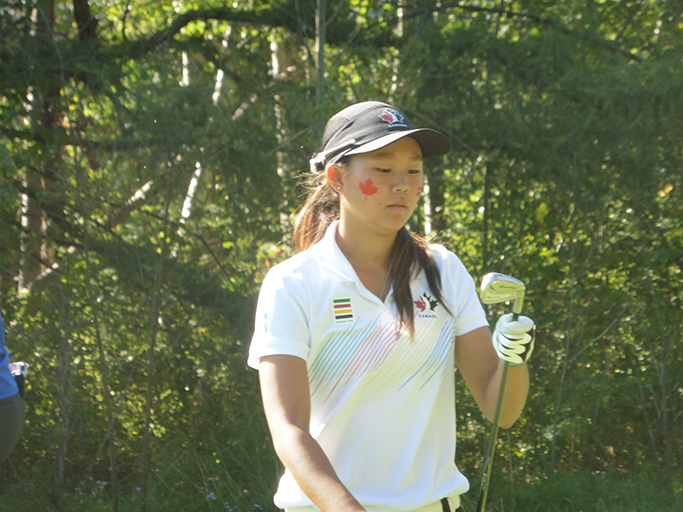 They’re not hard to miss: coaches sporting hats and golf shirts with their school logos on them scouting 44 of the best u-19 female golfers in the world.

The World Junior Girls Championship at The Marshes in suburban Ottawa is a great place for coaches to see top 100 amateur golfers such as South Korea’s Hye-Jin Choi (#51 in the most recent World Amateur Golf Rankings), Italy’s Carlotta Ricolfi (#56) and Australia’s Karis Davidson (#74) and Hannah Green (#49).

But every golfer in the field is a potential recruit, simply because girls mature at different ages and someone currently ranked 610 right now might be a top 100 player within a couple of years.

Number 610 is Canada’s top-ranked player, 17-year-old Grace St-Germain of Orleans, ON, who was offered multiple scholarship offers before she decided on Daytona College in Florida.

Two British Columbia girls, Surrey’s Hannah Lee and Richmond’s Alisha Lau, both turn 16 later this calendar year and with Lee ranked at 914 and Lau at 960, they were getting their fair share of attention.

It’s hardly surprising that Kent State has interest in Canadian junior girl golfers because their team currently has Josee Doyon and Surrey’s Taylor Kim on their team. And the Golden Flashes are winning, having just won the team title at the Mercedes-Benz Collegiate Championships and Kim walked away with the individual title, her first collegiate win.

Iowa having a presence here isn’t a huge surprise either, as one of their coaches used to be at Idaho and was instrumental in getting Taylor’s younger sister Michelle, the current BC Women’s Amateur and BC Girls champion, to commit to being a Vandal. 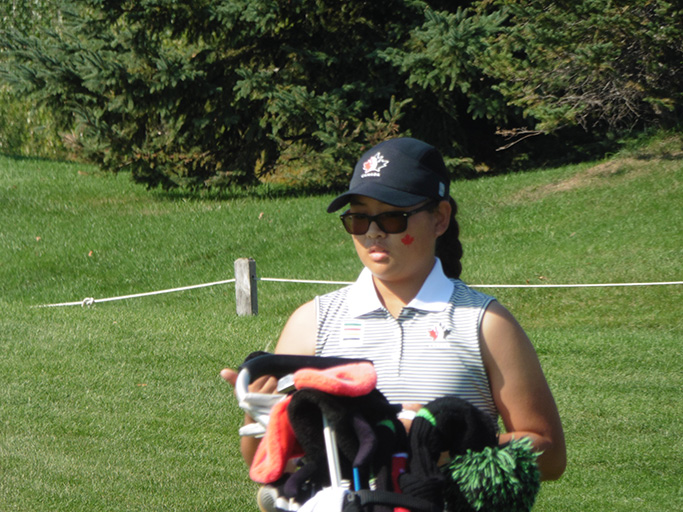 But the reality in recruiting junior golfers is to get eyes on players at an early age and chart their development, which is why many of the coaches are keeping tabs on the youngest golfer in this tournament, 13-year-old Euna Han of Coquitlam. Han is only in Grade 8, but her game shows a maturity well beyond her years.

Another young player college coaches are keeping their eyes on is 14-year-old Tiffany Kong of Vancouver. Surely, they’ve seen the videos of Kong playing in the CP Canadian Women’s Open last month after Monday qualifying, but to see Kong play in person is something they can file away for future years as they see Kong’s #2681 WAGR rating invariably rise.

Last, but not least, Richmond’s Kathrine Chan, with a WAGR of 1999, turns 16 in March and with fourth place finishes at the 2015 Canadian Junior Girls and the CN Future Links – Prairies, she has a promising golf future in front of her.