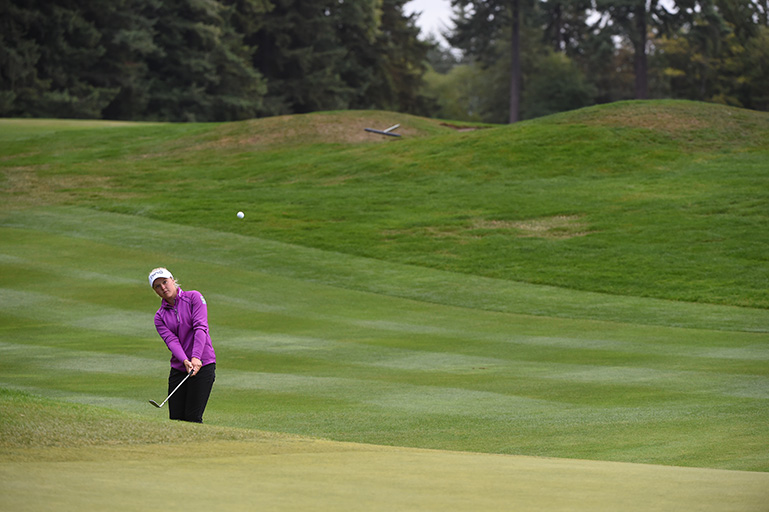 As the second World Junior Girls Golf Championship is set to take place Sept. 20-25 at The Marshes Golf Club in suburban Ottawa, it’s instructive to take a look at where last year’s teenagers have taken their game since that tournament.

Last year’s individual winner, Mika Liu, now 16, has committed to Stanford University and along with partner Rinko Mitsunaga, won the inaugural USGA Four-Ball Women’s Championship at Pacific Dunes in Bandon, OR this May and reached the quarterfinals of the U.S. Women’s Amateur in Portland three months later.

Liu’s teammate, 17-year-old Megan Khang, was the top-ranked player at the U.S. Junior Girls Championship in Tulsa, OK before she was upset in the Match Play segment by Victoria’s Naomi Ko.

Ko, who was part of one Canadian team at Angus Glen, and is now a freshman at North Carolina State University, would get to the quarterfinals, where she was eliminated by the eventual champion, Eun Jeong Seong of Korea. Liu was also eliminated in the quarterfinals in Tulsa, while her other teammate from Angus Glen, Angel Yin of California, would get to the final before losing to Seong.

One of Ko’s teammates last year, Grace St-Germain, is returning for her second World Junior Girls and is expected to be a leader for the Canada A team which also includes Surrey’s Hannah Lee and Vancouver’s Tiffany Kong.

All Lee did this summer was win the Canadian Juvenile Girls championship, while Kong went one better, Monday qualifying for the CP Women’s Open at the Vancouver Golf Club and making a respectable showing despite missing the cut.

The Canada B team last year featured Richmond’s Alisha Lau, who is back to lead the squad again this year with Euna Han and Kathrine Chan, and Team Canada Development Squad member Jaclyn Lee of Calgary, who’s now going to school at Ohio State University in Columbus, OH.

Lau, also a Team Canada Development Squad member, has had a roller coaster year, including a win at the CN Future Links Prairies event. Han and Chan have consistently recorded top-10 finishes and this tournament will be a chance for them to showcase their growing golf development.

And if we’ve seemingly omitted the most famous member of Canada’s team last year, it’s none other than current LPGA star Brooke Henderson, who earned her LPGA card before she turned 18 this month, mainly on the strength of her winning the Portland LPGA stop in August.

Henderson, who finished fourth in the individual portion last year and was part of a third-place team finish, is evidence that the level of play people can expect to see at The Marshes is first class and not far off from LPGA quality.

Perhaps the biggest takeaway for all the girls who will be playing at The Marshes later this month is that just being in the field is an accomplishment and a sign there’s a bright future ahead of them.

Many Golf Canada coaches, led by Ann Carroll, will be on site, evaluating and trying to see if any or all of the six Canadian players are going to be a part of the 2016 Development Squad

And by testing themselves against world-class players from all over the world, players like Lee, Lau, Kong, Chan, Han and St-Germain will get a good idea of where their games are and what they’ll need to work on to consistently compete with these world-class international golfers.

The 2015 World Junior Girls Championship at The Marshes is open to female juniors who have not reached their 19th birthday by the last scheduled day of the championship, September 25th, 2015 and who are members in good standing with their respective golf federation and who are not playing university or college golf.