Golfers Ready To Light Up Rio 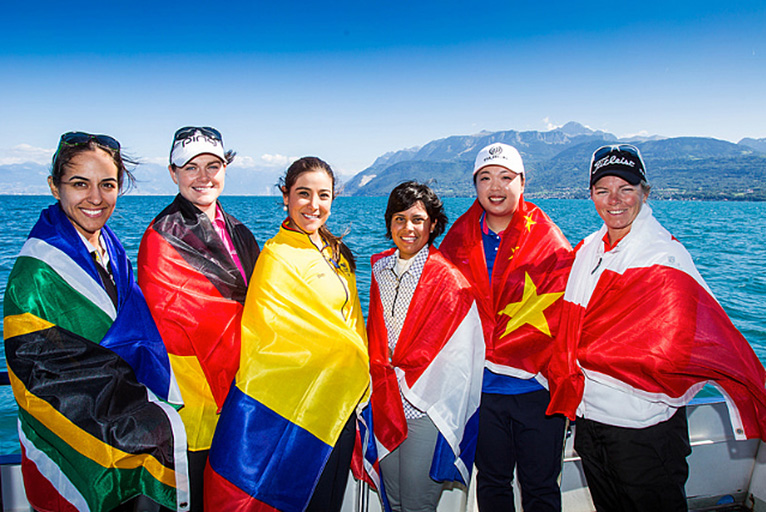 From the shores of Lake Geneva to the fairways of Rio de Janeiro, the world’s top women golfers had a taste of what to expect in 2016 when they paid a visit to the Olympic Museum and IOC Headquarters ahead of the Evian Championship.

Seven golfers from five continents, all with aspirations of going to the 2016 Rio Olympics, played a nearest to the pin contest before taking a guided tour of the Olympic Museum in Lausanne, Switzerland and posing in front of the Olympic Flame.

To mark this event, the International Golf Federation (IGF) Executive Director Antony Scanlon announced that The Olympic Museum will devote an exhibition to golf with free admission from 9 December 2015 to 31 January 2016, where visitors can learn everything about the sport before the upcoming Games.

After the contest and tour, several players met the International Olympic Committee President Thomas Bach at the IOC Headquarters to discuss their hopes for when golf returns to the Olympic Games next August.

President Bach insisted on hitting a few chip shots with the players in the garden afterwards and said: “I really enjoyed trying golf but the passion was greater than the performance!”

World number eight, Shanshan Feng, who is one of China’s brightest medal prospects, commented: “It was really great to learn more about the history of the Olympic Games and it has certainly inspired me to go for a medal! The Olympics is so popular in China and I am determined to represent my country with pride.”

Julieta Granada, who is Paraguay’s representative on the current Olympic Ranking, commented: “As I’m from South America I’ve got extra incentive to perform well in Rio. As well as competing, I’m looking forward to the carnival atmosphere at the greatest show on earth.”

Fabienne In-Albon, who is poised to represent Switzerland, commented: “Representing my country in the Olympics has been a dream since I was a little girl. Now I have the chance to make this dream become a reality so I’m working very hard every day because I’m sure next year is going to fly by.” 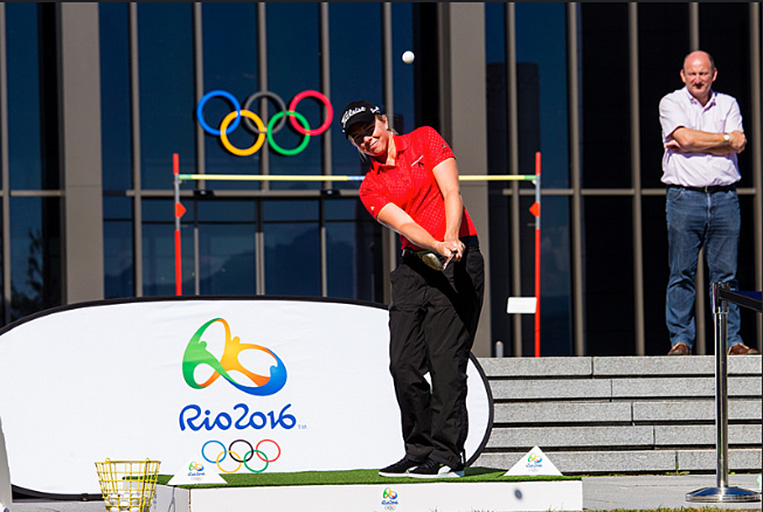 Canada's Alena Sharp, An Olympic Golf Hopeful, Took Part In The Chipping Contest At The Olympic Museum In Lausanne

Germany’s Caroline Masson, who won the nearest to the pin contest, commented: “It was a privilege to sit down with President Bach and the IOC staff and it was great to hear how much support golf has from the IOC in its return to the Games. I’m working really hard to make sure I’m in Rio next year.”

South African Paula Reto commented: “I always watched the Olympics growing up in South Africa so it’s going to be fantastic to compete and I will do everything I can to play well.”

Canadian Alena Sharp commented: “To represent my country and compete for an Olympic medal would be an absolute honour and I’m going to work hard to achieve my goals.”

Maria Uribe from Colombia commented: “For me, nothing will beat playing in the 2016 Olympics in my home continent, South America. I can’t wait for golf to return to the Games in Brazil after a 112-year absence and I’m sure the worldwide interest in golf will grow massively as a result.”

After their inspirational visit, the players took the short boat ride back across the lake from Lausanne, Switzerland, to Evian, France, which is hosting the final Major Championship of 2015.

With less than a year to go until the next Games, watch the players compete in the Evian Championship and support them on the road to Rio in 2016.