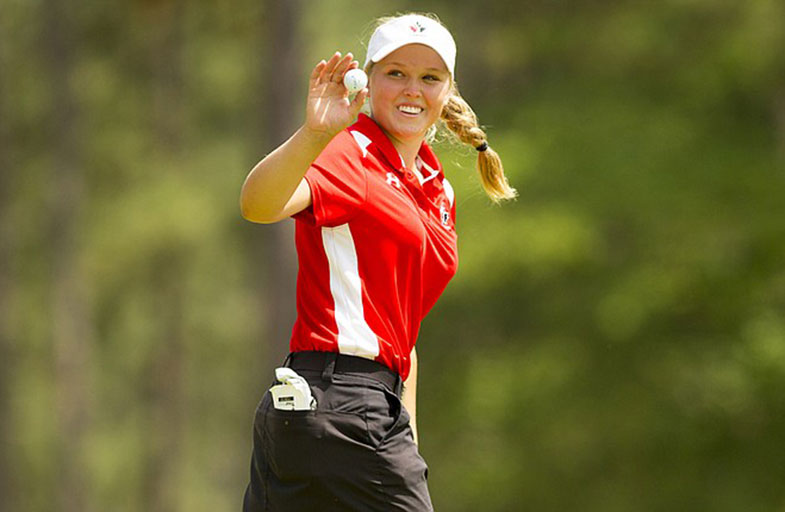 TORONTO – The Canadian Olympic Committee (COC) and Golf Canada have announced the four athletes who have been nominated to represent Canada at the TORONTO 2015 Pan American Games from July 10 to 26.

The Canadian athletes nominated by Golf Canada for the Pan Am golf competition – which runs July 16-19 at Angus Glen Golf Club in Markham, Ont. – were determined based on selection criteria and world ranking as of May 15, 2015.

On the women’s side, 17-year-old former world number one amateur Brooke Henderson of Smiths Falls, Ont. has accepted selection to the Pan Am golf team and will be joined by four-time LPGA Tour winner Lorie Kane of Charlottetown.

The men’s team will be comprised of 18-year-old Austin Connelly who resides in, Irving Texas, currently the 10th ranked player on the World Amateur Golf Rankings along with reigning Canadian Men’s Mid-Amateur champion Garrett Rank of Elmira, Ont.

Selection criteria among those considered for the Canadian Pan Am Golf Team was based on competitive standing inside the top-500 on the World Golf Ranking for professional golfers as well as competitive standing inside the World Amateur Golf Ranking as of May 15, 2015. Players that met the selection criteria had until April 28, 2015 to notify Golf Canada of their interest in being considered for the 2015 Pan Am Golf Team.

The field for the 2015 Pan Am Golf Competition will include 32 women and 32 men competing in a women’s individual, men’s individual and mixed team competition (low female and male score combined).

Canada will field the largest team in its Pan American Games history with over 700 athletes expected to be named to the Team at the Games in Toronto. With TORONTO 2015 providing a “Home Games” experience, as well as a number of qualification opportunities for the Rio 2016 Olympic Games, these Games will offer a tremendous experience for Canada’s high performance athletes.

“Canada is proud to be hosting the first-ever Pan Am Games where golf is on the program. This is a fantastic opportunity for our talented golfers to showcase their ability to the Americas with a home soil advantage. Congratulations to all those who made it onto the team.”
- Marcel Aubut, President, Canadian Olympic Committee

“I am incredibly excited for our Canadian golfers to be a part of Pan Am Games history. I am totally confident that this group will re-ignite Canadian success in multi-sport games after George Lyon’s gold medal in 1904. Congratulations to all of the golfers named to the team, I can’t wait to see you all tee off.”
- Curt Harnett, TORONTO 2015 Team Canada Chef de Mission

“We are very excited about the composition of our team for the Pan Am Games and feel confident that they will be very competitive with the field in this event. Lorie and Brooke representing Canada provide a great combination of both youth and experience while Garrett and Austin are two of the top amateurs in the world and will give Canada a great chance over the four days of competition.”
- Jeff Thompson, Golf Canada Chief Sport Officer

“It’s an honour to be selected to represent Canada at the Pan Am Games. In a short time with the national team program I’ve been able to take advantage of great opportunities and I’m sure that the Pan Am Games will be a special golf experience.”
- Austin Connelly, TORONTO 2015 Pan Am Games Athlete

“I am honoured and extremely excited to be playing for Canada again.I am excited about the quality of schedule I have this year with the Pan Am Games and RBC Canadian Open as well as the other great championships I’ll be competing in this summer.”
- Garrett Rank, TORONTO 2015 Pan Am Games Athlete

“It is an absolute honour to have the opportunity to represent my country and the Canadian Olympic Committee with my selection to play for Canada at the 2015 Pan Am Games in Toronto. I have always proudly represented Canada while playing on the LPGA Tour, but wearing the maple leaf in acclaimed international competition is something I am extremely humbled by and excited about.”
- Lorie Kane, TORONTO 2015 Pan Am Games athlete

“It’s really exciting to have been selected to represent Canada in the first ever Pan Am games golf competition. I’ve had so many great experiences being a part of Golf Canada’s national team program since I was 14, and now in my first year as a pro, it’s a great honour to play for my country at the Pan Am Games.”
- Brooke Henderson, TORONTO 2015 Pan Am Games Athlete

“Canada has a long tradition of excellence in golf, and we are very proud of the team that has been selected to represent our country as this sport makes its Pan Am Games debut this summer. Congratulations to all our golfers; Canadians will be following and encouraging you as you face the best athletes in the Americas at the 2015 Pan Am Games. Good luck!”
- The Honourable Bal Gosal, Minister of State (Sport)