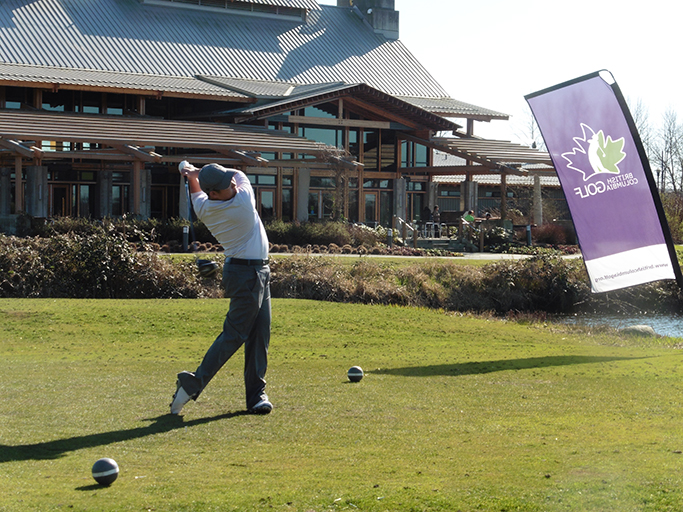 Three months from now, the best 16-and-younger golfers will compete at the Western Canada Summer Games in Wood Buffalo, AB and British Columbia will be ably represented by 8 of the best young golfers in the country.

Head coach Matt Palsenbarg officially named his team after the CN Future Links event in Qualicum Beach earlier this month and the teams feature a girl’s team of all 15-year-olds and a boys team of 3 16-year-olds and one 15-year-old.

For the girls, Hannah Lee, Alisha Lau and Shirin Anjarwalla will be joined by Tiffany Kong, who played impressively at Pheasant Glen to nab the final spot on the team.

For the boys, Khan Lee, A.J. Ewart and Tristan Mandur will be joined by Sechelt’s Keenan Flemming, who parlayed his 15th place finish in Qualicum to secure his spot on the British Columbia team.

Palsenbarg said he’s impressed with the work ethic of his eight players and in particular, he’s loved seeing how the girls have gelled so quickly.

“There’s a great team camaraderie with the girls and that’s great to see because they’ve played against each other in so many junior events and now they’re playing together in a team event,” said Palsenbarg.

As for the boys, they’ve also grown together as a team, but with one key difference. “The boys are just a lot more competitive with each other,” said Palsenbarg. “Every time they play together, they want to beat each other.”

Khan Lee is the youngest of the boys, the only 15-year-old male on the team, but he’s also the most extroverted. That is, until he hits the golf course.“Khan’s always loose and talking before and after his rounds,” said Palsenbarg. “But when he gets on the course, he’s quiet because he’s so focused.” 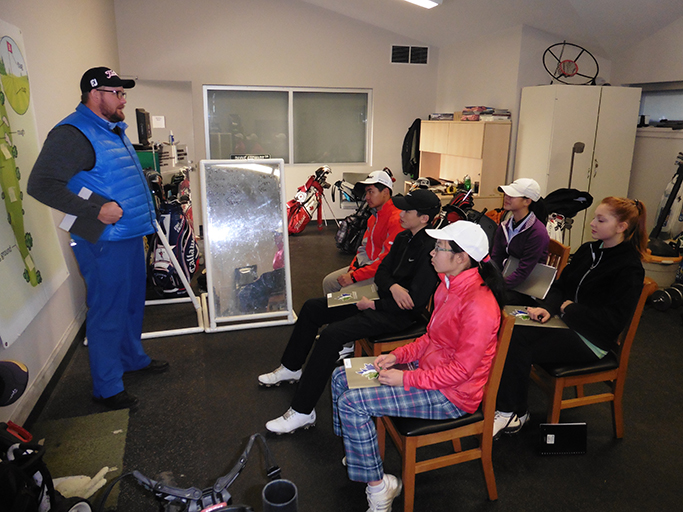 Did Classroom Time Pay Off? Matt Palsenbarg And His Team Will Find Out In Wood Buffalo

It’s the opposite for Flemming, who is quiet around his teammates but talks a lot when he’s on the course. As for Ewart and Mandur, they’re quiet assassins on the golf course as they let their shotmaking do the talking for them.

For the boys, there’s a little pressure coming from the fact that in 2011, the BC team swept all the individual spots and the team title.

“I understand the expectations to duplicate that feat,” said Palsenbarg. “But you can’t focus on just the result you want. You have to focus on making sure you have a strategy in place, a process for the players to follow that can lead them to that result. We all understand the big picture, that there’s an expectation and the pressure to win.”

Palsenbarg said part of the preparation is hosting a camp at Northview on June 6 and 7 to work with all eight kids in a team setting and if he can swing it, he’s planning to fly out to scout the course at Wood Buffalo prior to the camp so that he can offer the golfers on-course intelligence.

“Preparation is big for me because when I look at the Alberta, Manitoba and Saskatchewan teams, I see some good players who can really swing the balance in their favour,” said Palsenbarg. “What we have is depth and I have to try and use that advantage.”

While the boys face the pressure of defending, the girls face a different pressure because they may be the strongest team on paper going into Wood Buffalo.

15-year-old Lau is a member of the Team Canada Development Squad, Anjarwalla is the reigning British Columbia Golf Juvenile champion, Lee has shown perhaps the most consistency, especially since she started working with coach John Shin, and Kong basically put together a list of impressive spring results that couldn’t be ignored.

It’s not just the players who are looking forward to Wood Buffalo, as Palsenbarg is excited about working alongside high-performance coaches from a myriad of different sports.

“We’re in our golf bubble most of the time and this is a chance to learn from soccer coaches, basketball coaches, swimming coaches and other leaders in their sport,” said Palsenbarg. “I’m very, very interested in learning what works with them and what I can bring to my coaching. Being a part of a multi-sport event like this is a great opportunity and I want to learn as much as the kids will learn by being a part of this.”

The Western Canada Summer Games are being held from Aug. 7-16 in Wood Buffalo, AB. The golf event is in the second week, so Palsenbarg and his team won’t fly out there until Aug. 11. For more info, go to www.2015woodbuffalo.com.