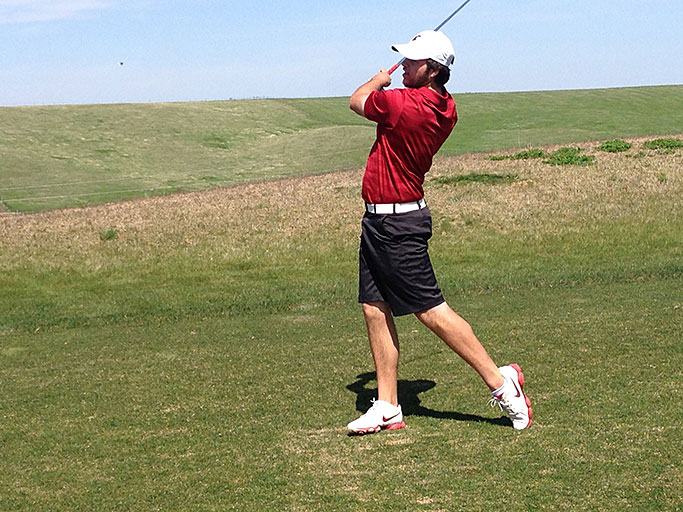 Washington State Cougars head golf coach Garrett Clegg may have gone to school at Utah, been an assistant coach at the University of Washington for four years and is currently completing his fourth year as WSU’s head coach, but he’s got a huge affinity for Canada.

Not only did he work with Nick Taylor at Washington, his current Cougars squad features fifth-year senior Sang Lee from Calgary and freshman Zach Anderson from Nanaimo.

And his incoming 2015 class features A.J. Armstrong from St. Albert, AB and a current member of Golf Canada’s Development Team. “I spend a lot of time in Canada and I’ve always recruited there,” said Clegg as he sat with Anderson and Lee. “Here, I’ll show you something.”

Clegg then pulled out his wallet and while there wasn’t any American currency in that wallet, a Canadian $10 bill was the only money he had.

Clegg is trying to build the Cougars’ program up to the level of the Huskies program he left behind and a big part of the learning process will come during the April 27-29 Pac-12 Men’s Golf Championships, which will be held at WSU’s home course, Palouse Ridge in Pullman, WA.

The world’s No. 1 amateur, Jon Rahm of Arizona State is the big name, as is Cheng-Tsung Pan of Washington and Maverick McNealy of Stanford, but Clegg hopes that his plucky team, which only includes four seniors, will be able to surprise the big boys with a little home course knowledge.

“We can play this course as good as anyone,” said Clegg. “This is a big event for our school and we want to do as well as we can.”

Clegg will be relying on senior Michael Anderson to lead Lee and freshman Derek Bayley as the top 3 WSU players, with contributions coming from the rest of the young team.

For Zach Anderson (no relation to Michael), it’s about learning to compete at the college level. “When you come from junior golf to college golf, the biggest difference is the courses, how much longer they are, how hard the greens and pin positions can be,” said the 18-year-old graduate of Dover Bay Secondary. “I’ve struggled a bit this year but I’m learning to play my own game and learn from my teammates.”

Anderson has played several events in his freshman season, and while his scores haven’t counted for the Cougars’ team score, they have given him valuable experience he can take into his sophomore season.

“I’m planning to play the BC Amateur and the Canadian Amateur this summer,” said Anderson. “And I’ll try to Monday-qualify for the PGA Tour Canada event in Victoria.”

One of those teammates is Lee, who has gone out of his way to help his fellow Canuck. “I also had a tough time as a freshman,” said Lee, who redshirted that first season. “I’ve been telling Zach that he has to play his own game, not put too much pressure on himself and he’ll be fine.”

Even as they play a practice round together, it’s evident that Lee is a great teammate, as he not only gives advice to Anderson, he’s trying to learn from his young charge. “We’re lucky because our freshman, from Zach to Derek (Bayley), they like to ask a lot of questions and it really helps everybody,” said Lee. “If a freshman is playing better than me, I’m not afraid to ask what they’re doing and whether I should be using that to work on my game.”

Lee is enjoying his final year as a college golfer and is planning to move to Florida after he turns professional. “I don’t plan on joining a tour right away because I have to work on my game and because I’ve got a place to stay in Florida, that’s where I’ll work on getting my game up to the level I’ll need,” said Lee.

Lee admitted that one of his favourite aspects of college golf, the team aspect of being one of 10 Cougars, will be what he misses most, but in the cutthroat world of professional golf, it’s all about his own game.

“That’s why I hope we do well at the Pac-12s,” said Lee. “It’s my last tournament as part of this team and I want us to do well at our (home) course.”