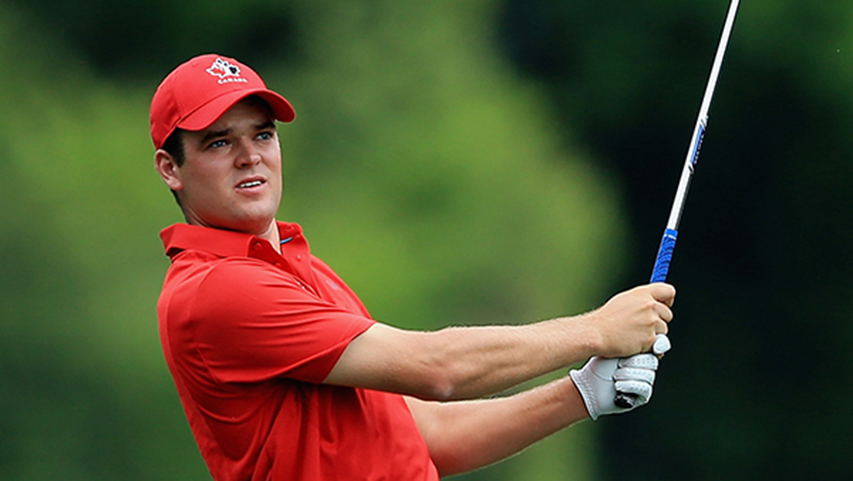 The Listowel, Ont., native returned to his usual form for Friday’s  2nd round at Augusta, firing a 3-under par 69 despite a double-bogey on the par-4 10th. The 23-year-old Canadian was the only amateur to break par at Augusta National.

Conners, sporting his bright red Team Canada gear, posted six birdies in his best effort to make the cut. Sadly, he didn’t receive the Silver Cup awarded to the low amateur, because he missed the 2-over cutline, shooting five-over par to miss by 3 shots.

Friday’s strong performance hints at the elite capabilities of the young Conners, who is primed to make the leap to the professional ranks this week at the RBC Heritage. “It was much different than yesterday (Thursday's opening round),” Conners said.

“Today I drove the ball well, and made a lot of iron shots and holed the putts. I still left a few shots out there, but I was really happy with the score. I’m looking forward to turning professional and playing my first professional tournament next week.”

Alongside Conners in the 11:25 a.m. tee time was Brights Grove, Ont. native and 2003 Masters champion, Mike Weir. The struggles continued for the Canadian Golf Hall of Fame member, who posted a disappointing 80 to finish at 20-over par for the tournament.