Greenwood Golf Has High Hopes For Its Throwback Putters, Knock On Wood 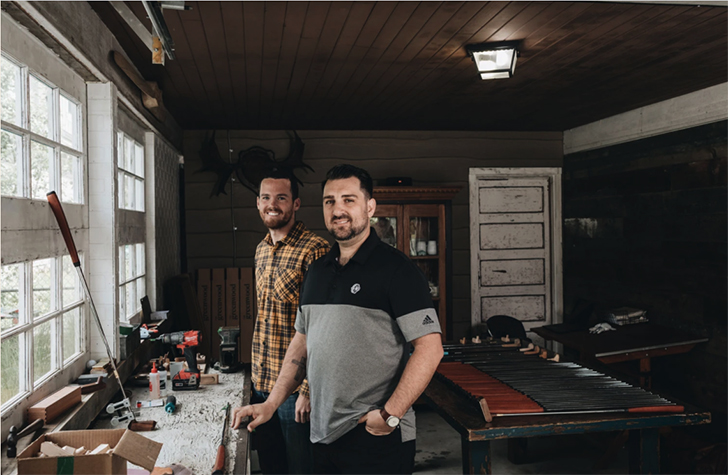 When Joel Luyt talks to golfers about the wooden-head putters his company is producing in its Langley shop, many of them look at him like he’s Old Tom Morris.

Yeah, and maybe you want to sell me a feathery golf ball and some hickory-shafted irons to go with it.

“It’s a hurdle,” Luyt says of convincing the skeptics that Greenwood Golf’s hand-crafted wooden-head putters actually perform as well or better than many of today’s top-selling brands from the likes of Taylor Made, Ping, Callaway and Titleist.

“The analogy I use is that it’s almost like trying to convince someone to go back to using a horse and buggy after they have a gasoline car.

“They have to feel it. People can’t get over that hurdle in their head until they actually play with it. When they feel that first putt they are like, oh, wow, that feels way different than my metal putter.” 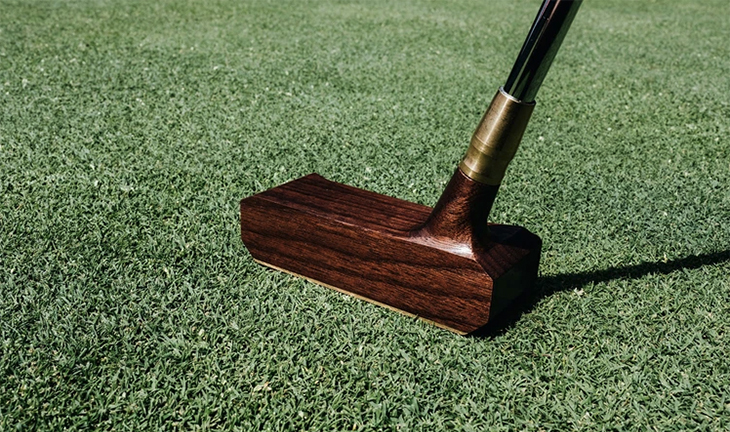 Luyt and business parter Mark Wilson started Greenwood just over a year ago, not long after they made an interesting discovery in the garage of a Langley home Luyt had just bought. It was an old golf bag that contained a wooden-head putter. The putter was clearly more of a decorative piece, but Wilson wanted to give it a try. He took it to a tournament he was playing in the next day.

“So he calls me from the tournament and said, man, I have been practising with this thing on the putting green and everybody is coming up to me and asking if they can try it because I am draining putts,” Luyt recalls. “I thought maybe there’s somet 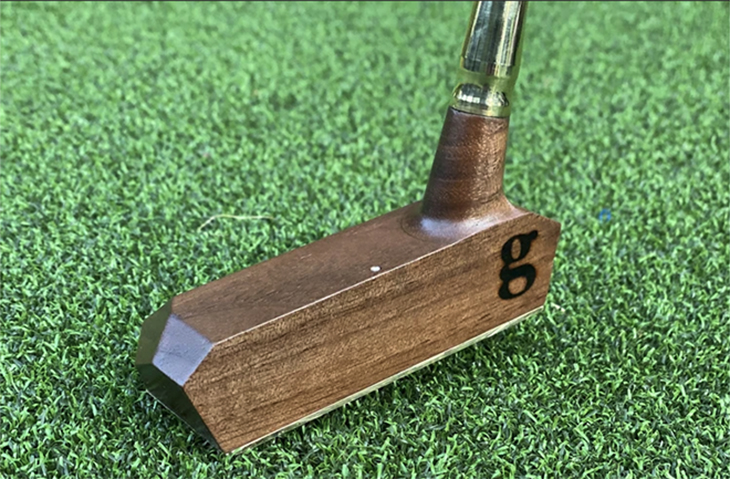 "I googled it and saw there were a couple of companies that make wooden putters but they are more nostalgic, they are not meant for performance. For the next number of months we dove into producing our own, focusing on performance. What will make it better, where do you put the weights, stuff like that.”

One big question to answer was what type of wood to use. They settled on black walnut. “It has the perfect density so that it still gives that forgiveness and feel,” Luyt says. “It is super soft and really nice to hit, but it is also hard enough to pass the USGA rules of golf. You can’t have anything that you can leave your thumb nail imprint in if you drag it across the face. . . We are the the only USGA-approved solid wood-faced putter.”

Luyt and Wilson deliver large slabs of black walnut to A&S Design, a machine shop in Abbotsford that manufactures the putter heads. They are then hand-sanded and delivered to a Maple Ridge facility where three coats of lacquer are applied to help make them water-proof and protect against denting or scratching. 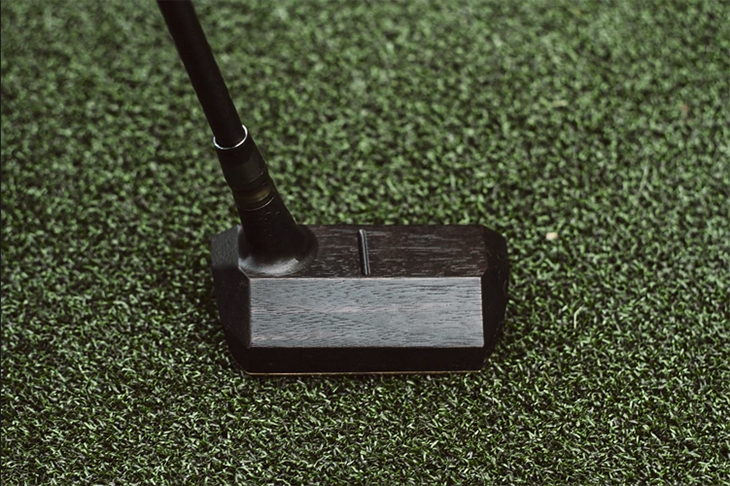 Weights are added and a brass base plate is attached and the putters are assembled at Greenwood’s Langley shop. Greenwood’s putters have traditional steel shafts and regular grips. Luyt says customers tell him they like the softer feel of the putter. “Distance control is a big thing,” Luyt says.

“The biggest thing I can say is that people say that their missed putts are closer than they were with their other putters. It is something to do with the feel and the feedback you get when you are stroking through the ball. It’s like it’s not like any other putter.”

Michelle Collens, president of British Columbia Golf, is one of Greenwood’s satisfied customers. Collens put a Greenwood putter in her golf bag recently and says it has helped on the greens. “I really do feel my weight better compared to my metal-head putter,” Collens says. “My distance control has been better. And I feel like I am hitting the ball straighter. I just like the feel of it.”

Many of the people Collens plays with want to try the putter as soon as they see it. “I have heard a number of people say they like the sound of the putter,” she says. “Sometimes they think it is a novelty until they actually try it.” 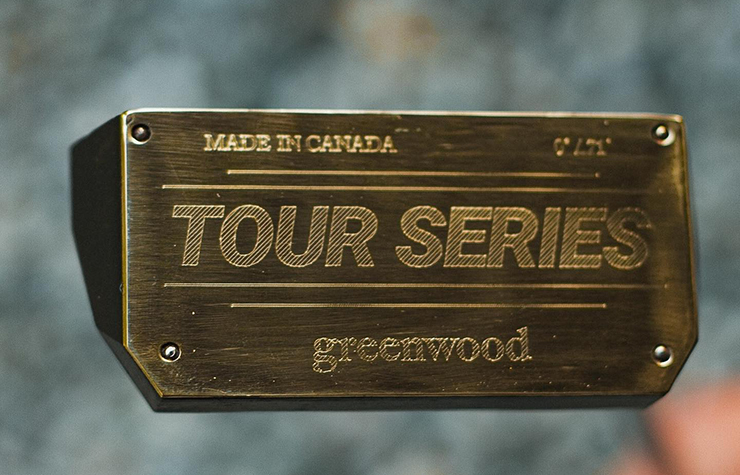 The challenge for Greenwood has been getting the putter in the hands of players. While the COVID-19 pandemic has been a boon to golf in many ways, with record rounds being played and equipment sales soaring, it has made it tough for a fledgling company like Greenwood to get its putters into the hands of prospective customers.

“When COVID hit we had a whole bunch of demo days lined up with courses where we were going to go and take a whole bunch of putters and allow players to try them out on the practice green,” Luyt says. “But with COVID we couldn’t do that. So that kind of stalled that approach and we had to focus on our online presence which we haven’t yet sunk a lot of money into. So it has just been organic growth on Instagram, Facebook, stuff like that, and a lot of word of mouth.” 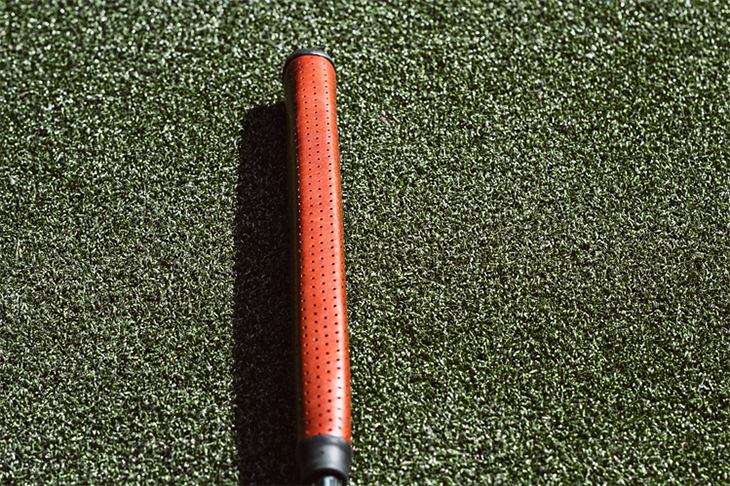 Greenwood is planning on making its big marketing push in advance of the 2022 golf season. “Right now, our customers are mainly guys in their late 50s, early 60s that are willing to give something else a shot,” Luyt says. “They like our story and think it’s a cool idea. We just sold one yesterday to a guy in Hawaii who heard about us on a podcast.” 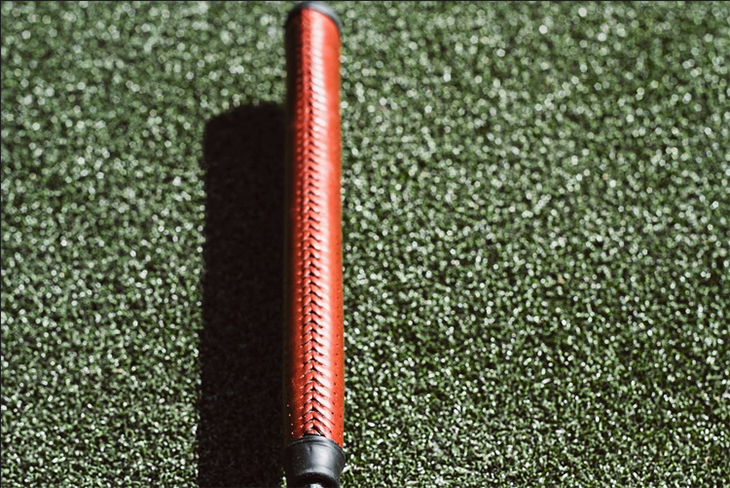 The company sold about 350 putters in 2020 and is hoping to double that number this year. The vast majority of those sales have been to B.C. and Alberta golfers. It has set a goal of selling 3,300 putters in 2022. Beyond the wood head, one other unique feature of Greenwood putters is the fact that they are made with zero loft.

“That’s very unusual,” Luyt says. “Most putters are two to four degrees loft. You get a truer roll right off impact with no loft. There is no skipping, the ball is not jumping up in the air. Often times with a normal putt what happens is you are getting six inches of skid. With us, it’s a truer roll immediately on impact and the ball stays on line.”

Luyt says the company has done testing that shows its putters do a better job of keeping the ball on line after it has been struck. Greenwood currently offers two models of putters. The Classic goes for $349 Cdn, while its Tour model sells for $379. Orders can normally be filled within two weeks.

The company charges a flat rate of $25 US for shipping anywhere in North America. Metro Vancouver-area golfers can test Greenwood’s putters free of charge at the Rob Houlding Golf Academy on Westminster Highway in Richmond.