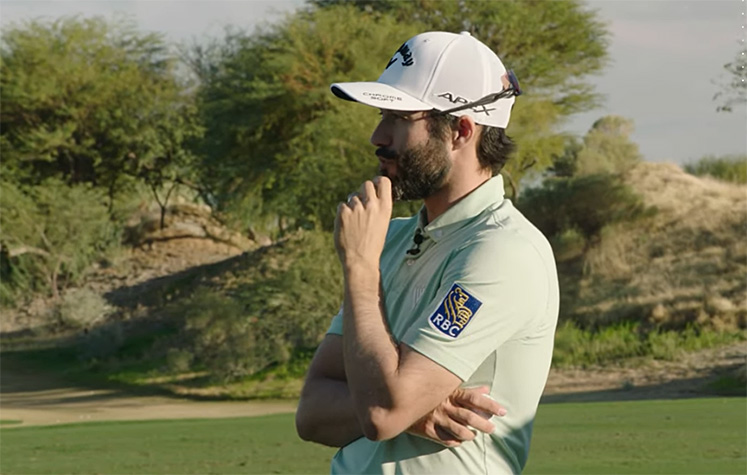 Abbotsford’s Adam Hadwin needed a big week and he got it at the 3M Open in Minnesota, where he tied for sixth and all but locked up his exempt status for next season and secured a berth in the lucrative FedEx Cup playoffs.

Hadwin began the week in Minnesota at 120th on the FedEx Cup points list, dangerously close to falling out of the top 125. But his clutch performance at the 3M moved him up 13 spots to 107th with just two regular-season events remaining.

Hadwin closed with a birdie on the tough par 5 18th hole at TPC Twin Cities to fire a three-under 68 and finish at 11-under par, four shots behind winner Cameron Champ. That’s the same hole where Hadwin took a costly double-bogey on Saturday. Hadwin earned $208,230 for his T6 finish.

While Hadwin seemingly locked up his card for next season, Merritt’s Roger Sloan still has some work to do. Sloan contended all week at the 3M, but stumbled slightly on the back nine on Sunday. He shot a one-over 72 to drop into a tie for 16th. Sloan, who earned $87,890, moved up 10 spots to 137th on the FedEx Cup points list.

Sloan has the two remaining regular-season events, the Barracuda Championship and Wyndham Championship, to secure his exempt status for next season and earn a spot in the playoffs.

The PGA and Korn Ferry Tours take a break this week as the golf competition is held at the Summer Olympics in Tokyo, where Corey Conners, Mackenzie Hughes, Brooke Henderson and Alena Sharp are representing Canada. 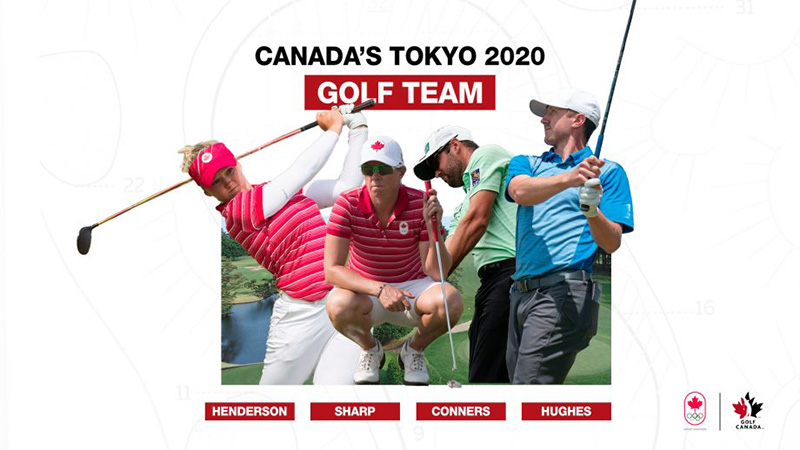 Five-time B.C. Senior Men’s champion Doug Roxburgh of Vancouver will also compete in Kimberley this week. Pemberton’s Lance Lundy will defend his Super-Senior title for players aged 65 and over. The 54-hole competition runs Tuesday through Thursday.

SALE APPROVED: Morningstar Golf Club in Parksville is officially out of receivership after the Supreme Court of British Columbia approved the sale of all of the club’s assets to the Operating Engineers Pension Plan of the International Union of Operating Engineers. The OEPP previously owned Morningstar for 12 years before the club was sold in 2010 to Alberta-based interests. A receiver was appointed in 2018.

The OEPP, which was a secured creditor, has made significant investments in Morningstar in the last couple of years and the course has bounced back nicely after many years of neglect. “The successful restructuring of Morningstar through the receivership was challenging but also very rewarding for all stakeholders,” said Gary Powroznik of the receiver-manager G Force.

“In my 40 years of restructuring businesses, it is one of the best examples of how a secured creditor provided unwavering support for the management, employees and a restructuring strategy that was embraced by its customers and the local community to help Morningstar re-emerge as a strong sustainable business.”

B.C.’S BEST: Victoria’s Nolan Thoroughgood tied for 13th at the 54th Pacific Coast Amateur Championship at Chambers Bay near Tacoma, Wash. Thoroughgood, the 2016 B.C. Amateur champion who is now playing his collegiate golf at Oregon State University, finished the 72-hole competition at five-under par. That was seven shots behind winner Devon Bling of Ridgecrest, Calif., who won the championship on the fifth hole of a five-man playoff.

Thoroughgood was part of the Pacific Northwest Golf Association’s three-man team that tied for second in the Morse Cup competition, finishing one shot behind the winning team from the Southern California Golf Association. The British Columbia team of Duncan’s Tristan Mandur (T27) and the Coquitlam duo of Henry Lee (T31) and A.J. Ewart (T45) placed fifth in the competition featuring 15 Pacific Rim golf associations that comprise the Pacific Coast Golf Association.

HEAVY MEDAL: Surrey’s Angela Arora earned medalist honours at the PNGA Women’s Amateur Championship at The Home Course in DuPont, Wash. That earned Arora a bye in the first round of match play. Arora won her round of 16 match before dropping her quarter-final match on the 19th hole against Mary Scott Wolfe of Beaverton, Ore. Wolfe went on to win the event.

CHIP SHOTS: Sagebrush Golf Club is now taking bookings for what it is calling a soft August opening on its website, sagebrushgolfclub.com. Their ‘Day Adventure’ which includes lunch, on course refreshments and the opportunity to play more than 18 holes, goes for $150. . . Langley’s James Allenby tied for 67th at the Forme Tour’s Bolingbrook Golf Club Invitational in Illinois.