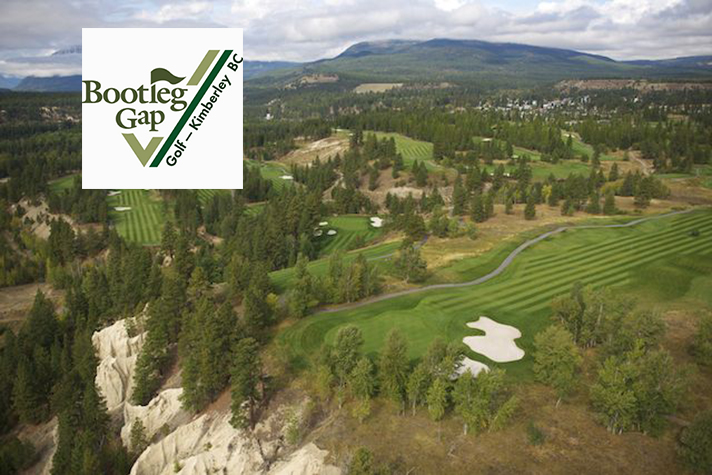 Since joining Bootleg Gap Golf Course as a young assistant pro in 2004, Trevor Simkins has pretty much done it all.

Simkins became head pro at the scenic Kimberley course in 2006 and eight years later was appointed general manager. He’s now about to take on the biggest role of his life.

Simkins has bought the golf course.

Simkins, his father Harold -- a former longtime club pro in Kamloops -- and his step-mother Jeanna take possession of Bootleg Gap on Feb. 11 after purchasing it from the City of Kimberley.

Simkins chuckles when asked what prompted him and his family to take this big step. “Job security, pretty much,” he says.

“And that’s a joke, but it isn’t. I have a young family, we have a three- and a five-year-old and my wife is from here. My family has retired here, my dad’s sister, my auntie, has moved here from Kelowna because her son moved here, so she is going to be our book-keeper.

"We are turning it into a family operation. We didn’t like the fact that someone else could potentially buy it and you never know what the new ownership structure is going to be like and I could be out of a job. So that is our No. 1 goal and the second was just to keep it kind of local.” 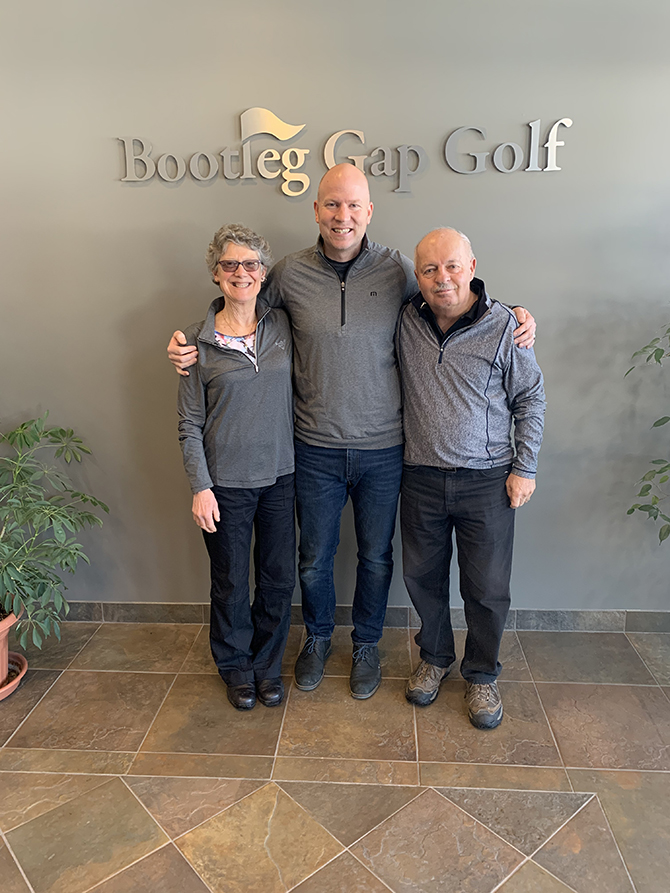 Bootleg Gap was put up for sale in 2019 by the City of Kimberley. The Simkins family was close to finalizing a deal early last spring, but then COVID-19 arrived and they took a step back to re-assess things.
When it became clear that COVID was, in fact, boosting the golf business they re-entered negotiations with the city and agreed to buy it for $3 million.

“We were supposed to sign the agreement in March of 2020 and that was right around the time when the message in the media was that golf courses should not open,” Simkins says. “We definitely backtracked over COVID when it started to ramp up.

“But it turned out that golf courses became a safe haven from COVID, allowing people to be outside and getting some exercise. When we did open last year we saw the demand and we kind of felt that COVID wasn’t going to go away. . .but we still think golf is going to be a pretty popular sport going forward.”

Bootleg Gap sits on 246 acres in the shadows of the Rocky Mountains and its 7,157-yard Les Furber-designed layout winds its way through forest along the St. Mary River. The facility also boasts a nine-hole par 34 course that gets plenty of play, as well as a full service clubhouse and driving range. 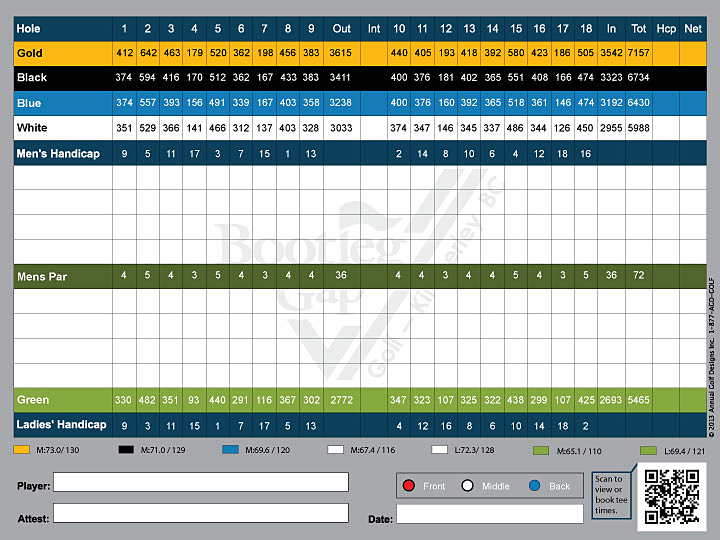 “Part of the reason for purchasing it is because of the type of facility it is,” Simkins says. “It caters to everyone, with a nine-hole course, which is not really an executive but more of a hybrid nine. It is a par-34, it has one par 5, three par 3s and five par 4s.

"We charge $20 to play it, you use every club in your bag and it’s great for groups of guys who want to do a horse race or for ladies nights or kids. We think it is one of the better nine-hole courses for $20 in the world. People can learn to play on the nine and graduate to the 18.”

About 70 per cent of the course’s play comes from tourists. The main course will play host to this summer’s B.C. Senior Men’s Championship, which is scheduled for July 27-29.

Kimberley Mayor Don McCormack is delighted the city was able to sell Bootleg to a local owner. “I am thrilled that the Simkins family are soon to be the new owners of Bootleg Gap Golf,” McCormack says.

“Trevor Simkins is doing an awesome job managing the business, and this means that it is business as usual for the golf course and the community experience going forward. The city bolsters its land development reserve fund without material change to this community asset. It is a big win for all concerned.” 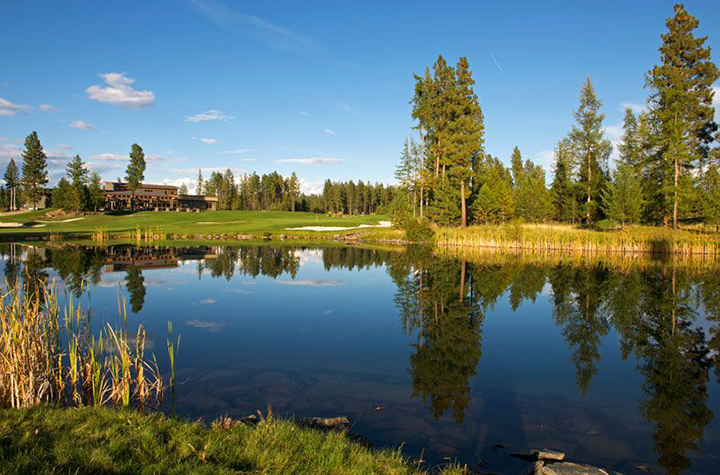 When he retired six years ago, Harold Simkins never dreamed he’d be buying a golf course. He had spent 37 years as associate pro, head pro and general manager at Kamloops Golf & Country Club before moving to Kimberley.

The plan was to do a little teaching and enjoy his semi-retirement. “I’ll still do some lessons and I’ll be hanging around maybe a little bit more, but I hung around a lot anyways,” Harold says with a laugh. “It has been a very successful operation and we are very excited about this opportunity.”

The Simkins are now anxiously anticipating the new season and are hopeful they will avoid the serious winter-kill the course experienced last year. “We are a little nervous after the spring we had last year and not being able to open until the summer,” Trevor Simkins says.

“This winter has been a little bit more normal than last year, we haven’t had the ice and have more snow cover. The course came through last season in good shape at the end. So we are looking forward to it and are very excited.”

Simkins says visitors shouldn’t notice much change this year when they drop in to play a round or two at Bootleg. “It is different for me because everyone asks me now that you own it what are you going to do differently and I tell people - 'nothing, I've been the general manager for the last seven or eight years,'” he says.

“If I thought about doing something different, I would have done it. So it's just going to be business as usual.”