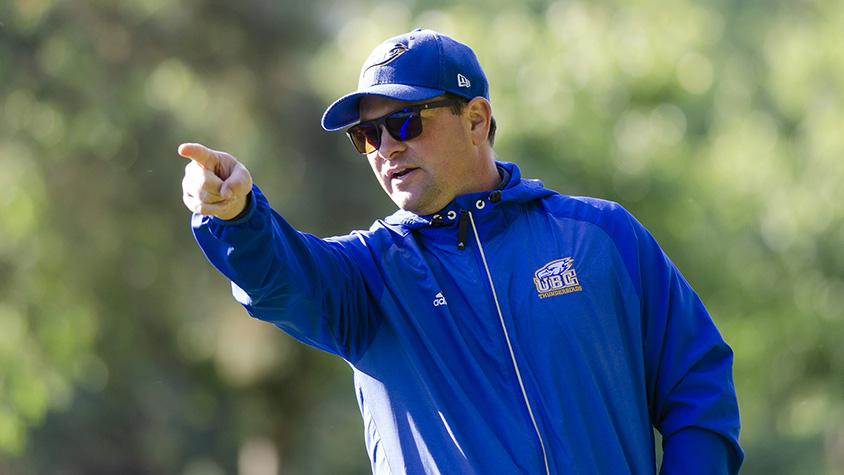 Four B.C. universities are planning a series of tournaments throughout the province this fall as a way of salvaging some semblance of a collegiate golf season.

University of British Columbia coach Chris Macdonald came up with the idea when his team’s spring season ended due to the COVID-19 pandemic.

“My thinking was we needed to make a pivot, an adjustment, and create more of a local schedule because it does look like the borders are going to remain closed for some time,” said Macdonald, whose UBC men’s and women’s teams normally play against NAIA and NCAA Division II opponents south of the border.

“There are good teams, good players here who want to play and it also gives the teams something to look forward to in the fall until the border hopefully opens up in March or April and we are maybe allowed to go back and play playoffs next year. That was sort of the impetus for starting this series.”

The proposed tourneys, primarily one-day events, would include UBC, University of Victoria, University of the Fraser Valley and UBC-Okanagan. An official schedule has not yet been released, pending approval from the universities, but the first tournament is planned for Sept. 16 at Nicklaus North in Whistler.

Two other events are confirmed for later in the fall at Shaughnessy Golf & Country Club in Vancouver and the Okanagan Golf Club’s Bear Course in Kelowna. Other events are expected to be held at Chilliwack Golf Club and in Victoria.

“We have already got three dates confirmed and we are likely going to try and move it to six or seven events, primarily one-day events, in the fall,” Macdonald said. 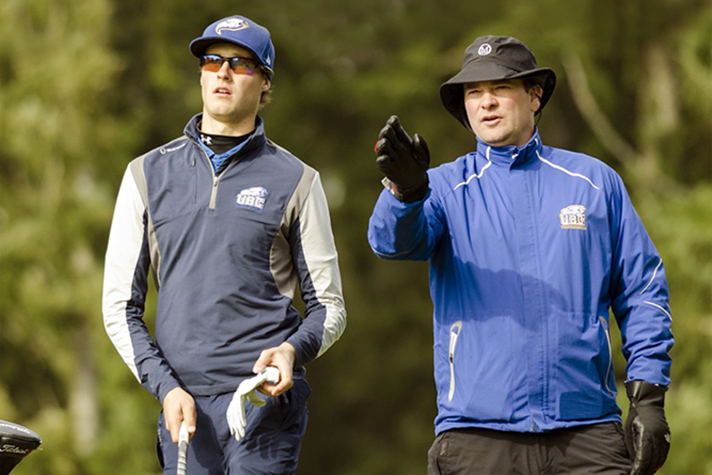 “And then we’ll make decisions for this spring come January when we know a lot more about what is going to be going on here.” Each event would be capped at 40 players -- 20 men and 20 women -- and adhere to strict COVID-19 protocols.

Macdonald has attended some recent Vancouver Golf Tour events and spoken with commissioner Fraser Mulholland about the VGT’s COVID-19 protocols. “I have been out to some of their events and looked at their policies and procedures and we’re basically following much of what they have done,” Macdonald said.

Macdonald sees two main benefits to a B.C. tournament series. “One, it keeps the players interested, gives them something to look forward to during the fall, something to be training for,” he said.

“And all of our players aren’t from British Columbia and it is giving those student-athletes an opportunity to see how beautiful the courses are in Whistler, in Kelowna, giving them a chance to play on some courses that they normally would not have a chance to compete on. That is going to be one of the silver linings in this. They are going to get a much better chance to see more of British Columbia and see these incredible golf courses.”

It was hoped that Simon Fraser University would be part of the series, but SFU had to pull out when the Great Northwest Athletic Conference cancelled all fall sports. GNAC officials ruled the proposed B.C. events would give SFU an unfair advantage over its U.S. competitors.

“From a golf-specific standpoint within our conference we would actually be the only school that would have that opportunity to compete,” SFU coach Matthew Steinbach said recently. “Our conference is comprised of schools in Montana, Idaho, Washington and Oregon and they are in a bad spot right now. There is no chance they are competing anywhere.”

CHIP SHOTS: The Canada West Golf Championship is scheduled for Oct. 2-4 at Okanagan Golf Club. That event will proceed only if the University of Alberta, University of Calgary and University of Manitoba choose to travel this fall. If they do not, Macdonald said that date will be used to conclude the B.C. series.