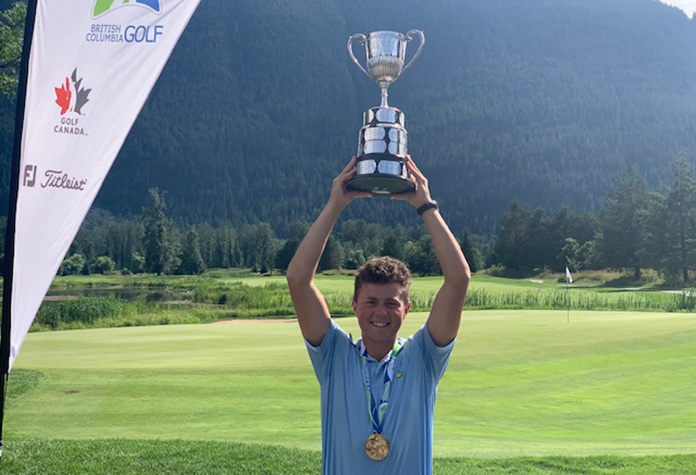 A championship season that has risen from the ashes is proving to be extremely popular with British Columbia golfers.

For the longest time, it looked like British Columbia Golf’s entire championship schedule might fall victim to the COVID-19 pandemic, but it turns out that champions will be crowned in all events in a new condensed season.

And the top amateur players in the province are clamouring to get on board. The season tees off July 28-30 with the 118th playing of the B.C. Amateur Championship at the Okanagan Golf Club’s Bear course in Kelowna.

That event is already full, with many golfers unable to get a spot in the 156-player field. “We had 270 applications for a 156-player field for the B.C. Amateur,” says Doug Hastie, senior manager of field operations and tournament director with British Columbia Golf.

“We have a lot of disappointed people who couldn’t get in.” Hastie thinks it may be among the best fields in B.C. Amateur history. Three championships will be up for grabs in Kelowna: the B.C. Amateur title, the B.C. Junior Boys title and the B.C. Mid-Amateur title.

All three past champions -- 2019 B.C. Amateur winner Jackson Rothwell of Victoria; Junior Boys champ Brycen Ko of Richmond and Mid-Amateur winner Dan Swanson of Abbotsford -- will be back to defend their titles.

Hastie has had to do some scrambling to put a schedule together. The B.C. Amateur was pushed back two weeks to the end of July and the Junior and Mid-Am categories were added after those championships were cancelled in the spring.

The B.C. Senior Men’s Championship was moved from late July to mid-September and will be played at Sunshine Coast Golf & Country Club. 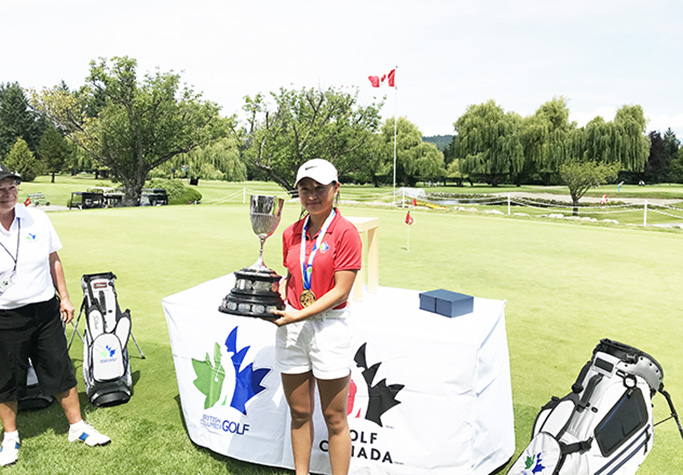 The final piece of the championship puzzle was put in place recently when Campbell River Golf & Country Club was named as the site of a tournament that will crown a B.C. Women’s Amateur champion, a B.C. Senior Women’s champion and a B.C. Mid-Amateur Women’s champion. That event goes Aug. 25-27.

“The Mid-Am was cancelled, the Senior was cancelled and the Women’s Amateur was cancelled,” Hastie said. “We definitely wanted to hold a women’s event if at all possible. I called Campbell River and they were very receptive and we thought it was a good fit.”

Hastie said demand is high for all of the provincial events. The field for the Juvenile/Junior Girls & Juvenile Boys tourney in Cowichan has been capped at 120 players and is already full. “I know people are going to be disappointed because a lot of people tend to register late for that event,” Hastie said.

The Bantam field is traditionally 80 players and has been capped at 100 players this year. About 70 players have already registered. “We have had to cap the Senior Men’s at 132 players because of the time of year and we are just going off one tee,” Hastie said. “That will definitely be a full field and we are almost full right now.”

There has already been lots of interest in the recently announced women’s championships in Campbell River. Hastie said he expects that field to be capped at 100 players and 74 have already registered for the event.

Hastie has also been busy organizing volunteers and rules officials for the upcoming events. “Our volunteer base is awesome,” Hastie said. “Most of our volunteers are comfortable with still participating. We have a couple of volunteers who aren’t as comfortable, but I totally understand that in these times.”

Strict social distancing protocols will be in effect at all events and spectators and caddies will not be permitted. “The main difference is players will not be able to practice at the facilities,” Hastie said.

“They will be allowed to arrive about 45 minutes before their tee time. They will have a scheduled range time, a scheduled putting green time and then tee off and be asked to leave the facility shortly after they are done.”

To avoid congestion at the courses, players will begin their rounds off the first tee only. Players will play in foursomes at the B.C. Amateur and probably also at the B.C. Juvenile and Junior Girls event at Cowichan. “The rounds will take a little longer in foursomes,” Hastie said. “There will be some long days.”

Hastie is delighted that the season has been salvaged. “It was a little bit of a scramble,” he said. “But we are actually going to get all our trophies awarded this year. We are going to crown all our champions this year which is great.”