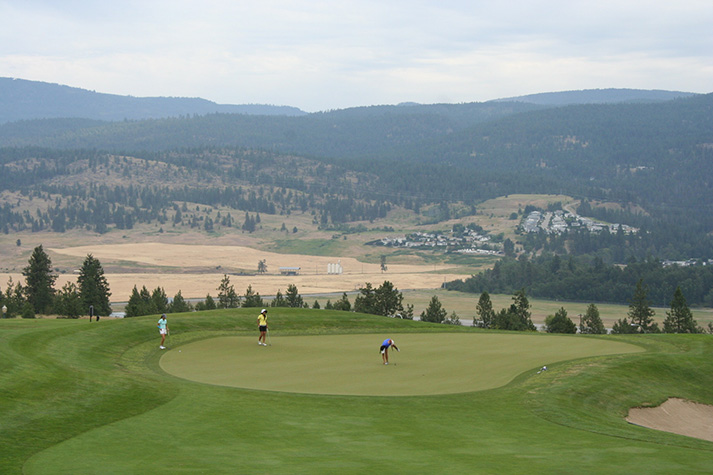 The formal announcement of the easing of travel restrictions has allowed British Columbia Golf to salvage part of its championship schedule. Premier John Horgan has given British Columbians the all-clear to travel about the province and that means the 118th playing of the B.C. Amateur Championship will go July 28-30 at Okanagan Golf Club in Kelowna.

Kris Jonasson, chief executive officer of British Columbia Golf, is delighted that tournaments will be played this summer.

“It is really pleasing that we are able to get part of our championship season in,” Jonasson said. “It only really happened because Golf Canada unfortunately had to cancel all of the national championships because we needed to move into those time slots to make it happen.”

The B.C. Amateur, which was originally scheduled for mid-July, will actually be three tournaments in one this summer. The Mid-Amateur and Junior Boys championships were cancelled because of COVID-19, but those titles will be up for grabs at the B.C. Amateur.

“Because some events were cancelled we are trying to award three championships at our first event,” says Doug Hastie, manager of field operations and tournament director for British Columbia Golf. “The field is probably going to be one of the strongest we have ever had. Everybody wants to get in.”

The competition has been reduced to 54 holes from the normal 72 and there will not be a cut.“Because of travel and everything else these days, we just thought it would be easier on planning for everybody to not have a cut this year,” Hastie says. 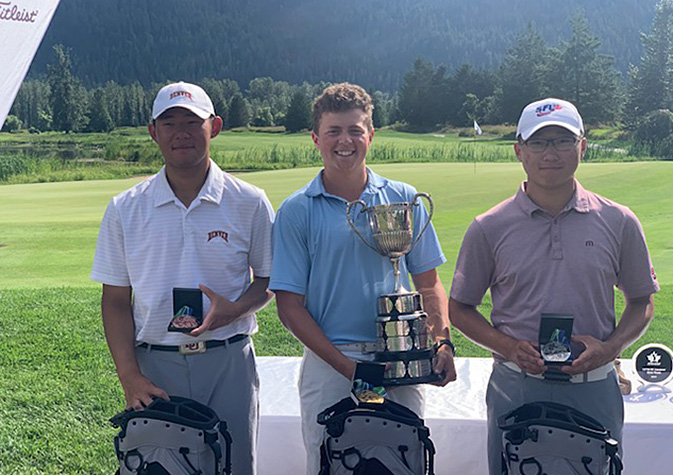 The B.C. Senior Men’s Championship, originally scheduled for late July at Sunshine Coast Golf & Country Club, has been moved to Sept. 15-17. The B.C. Juvenile Boys & Girls Championships, for players aged 16 and under, will also be used to crown a Junior Girls champion this year. That tournament is scheduled for Aug. 11-13 at Cowichan Golf Club in Duncan. The B.C. Bantam Boys & Girls Championship will be played as scheduled Aug. 18-19 at Mount Brenton Golf Course in Chemainus.

Hastie is trying to find a venue for a B.C. Women’s Amateur Championship that would also include B.C. Senior Women’s and Mid-Amateur categories. Hastie hopes that event can be played in late August. “I have to secure a venue and that is not easy to do as the golf courses are packed right now,” he said.

Hastie and Jonasson both emphasized that strict protocols will be in place at all events to ensure competitors, volunteers and tournament officials stay safe. “We are absolutely serious about all of the protocols we will have in place,” Jonasson said. “It essentially will be a zero-tolerance policy. If you can’t follow the rules we’ll remove you from the event. We are not risking the whole golf season because somebody is not happy with some of the rules.

“We are very lucky that at our first event at the Okanagan Golf Club has embraced all of the protocols that are in the Best Practices Document and we are very comfortable with the facility’s ability to do everything within their power to keep competitors safe during the championship. We are now working with all our volunteers, rules officials and tournament officials to make sure that they understand everything.”

Hastie said players can expect some significant changes at events this summer. “In addition to the physical distancing, there won’t be any paper work,” Hastie said. “Everything will be online in terms of hole locations and notices to players. The starters won’t have any tees or pencils. At the scoring tent we’ll probably have some pylons set up where players will stand and verbally confirm the scores to each other and put their scorecards in a box.”

Players will likely be assigned brief practice windows for time on the driving range and putting green before their rounds.