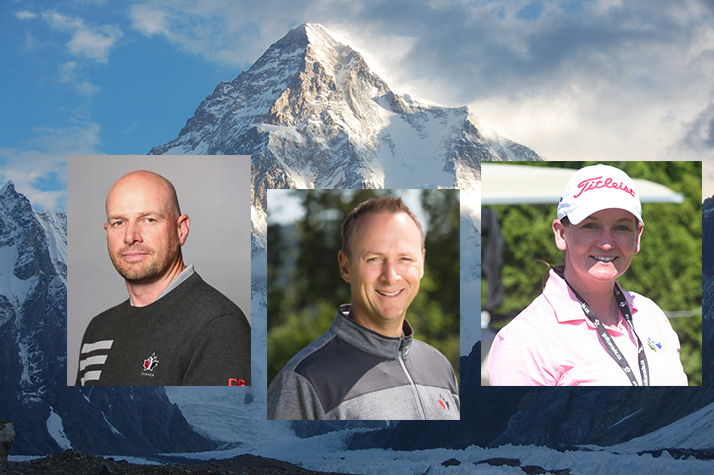 Junior golfers in British Columbia aren’t just doing their school work on-line these days. They’ve also been firing up their laptops the past month for a series of golf webinars.

With tournament play and group instruction on hold due to the COVID-19 pandemic, British Columbia Golf organized a series of 10 webinars aimed at elite junior golfers not only here in B.C. but across the country.

“In-person instruction has been tough, so we are doing everything we can to help them out,” says Doug Hastie, manager of field operations/tournament director with British Columbia Golf.

They have been held twice a week since mid-April and Hastie has been happy with the response he has received from the Zoom sessions. “It was better than I hoped,” Hastie says.

“We started out thinking if we get 50 kids that would be great and for the last five or six we had 180 to 190 registered. It has been positive. I advertised it to other associations across the country so participation was split almost evenly between B.C. and the other parts of the country.”

Ratcliffe focused his presentation on competition-week, offering suggestions on what junior golfers should and shouldn’t do during a tournament and the days preceding it. “Now is the time to think, 'What can I take from what I've been doing in practice and turn it into more of an execution phase so I can get in a good position to play in a competition,'” Ratcliffe said.

“This assumes we have had our practice rounds, we are good to go and it is the night before the tournament and one of the things we like to have our junior team athletes do is complete a game plan. This is something they write down and these are keys to success. We basically ask the athletes if you are going to have a good day tomorrow what are the two or three things that you need to do.

“It might be simple things like make sure I take enough club on par 3s or ensuring that I have a clear target in mind on each shot. Or it might be a technical key regarding a specific thing you've been working on. It might be something very simple like, don’t forget to drink lots of water on the golf course.”

Ratcliffe also suggested junior golfers not rely on others to make sure they have everything they need in their golf bag, like water and snacks. “This is my favourite line from this presentation -- it’s not your mom’s job,” he said. “The reason I put that in there is that there are so many that I feel rely on their moms and dads and they are never really focusing on their own preparation.”

Ingram spends much of his time at PGA TOUR events and top amateur tournaments and shared some of what he has learned watching many of the world’s top players. “The best players are the most prepared and they have the best habits and the best routines,” Ingram said.

“I’d like to say it’s about some magic skill or potion or they are hitting it better. Truthfully, it is the boring prep work, it is being more organized, it’s being more professional, it’s having great habits and routines.”

Ingram was joined by former B.C. Amateur champion Chris Crisologo of Richmond, who is now a member of Golf Canada’s Young Pro Squad. Crisologo, who is known for his prodigious length off the tee, emphasized the importance of doing serious prep work on the greens before a tournament. “I think the top priority for me would be on the greens, figuring out the breaks,” Crisologo said.

“Knowing where to miss it around the green so you have an easier chance at an up-and-down. If you take advantage of the greens I feel you will have a good chance in a tournament.”

And all the junior golfers listening are undoubtedly hoping one day soon they can again play some tournament golf.