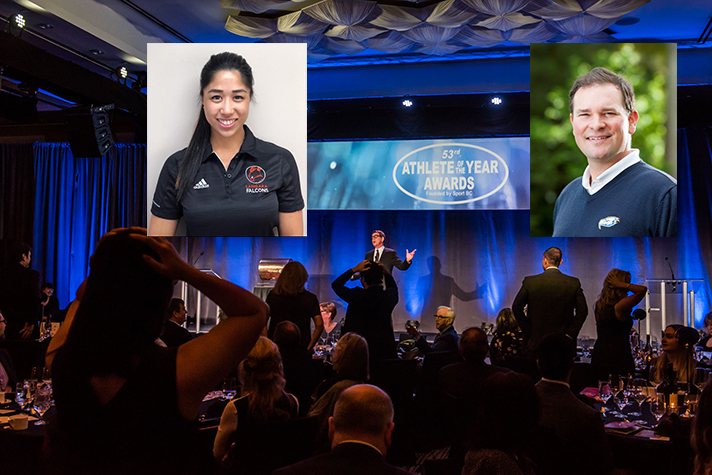 Sport BC has announced the finalists to be celebrated at the upcoming 54th Annual Athlete of the Year Awards taking place on Thursday, March 12, 2020 at the Vancouver Convention Centre East.

The event, to be hosted by CBC’s Scott Russell, recognizes the province’s best in amateur sport including athletes, coaches, teams, and officials for outstanding performances in their sport over the 2019 season.

Included among the finalists announced are Vancouver's Christine Wong, the golf coach at Langara College and Chris Macdonald, the coach of the men's & women's teams at the University of British Columbia.

“The Athlete of the Year Awards is a true celebration of sport in our province, these finalists represent an exceptional 2019 in BC sport. We congratulate all of our finalists and the organizations they represent”, shared Sport BC’s President and CEO, Rob Newman. “The 2019 finalists represent 20 sports from 24 different communities demonstrating the collective strength of our province’s sport sector.”

An additional six awards will be presented at the ceremony including the Best of BC, KidSport BC Community Champion, Harry Jerome Comeback, Daryl Thompson Lifetime Achievement Award and In Her Footsteps Honourees. 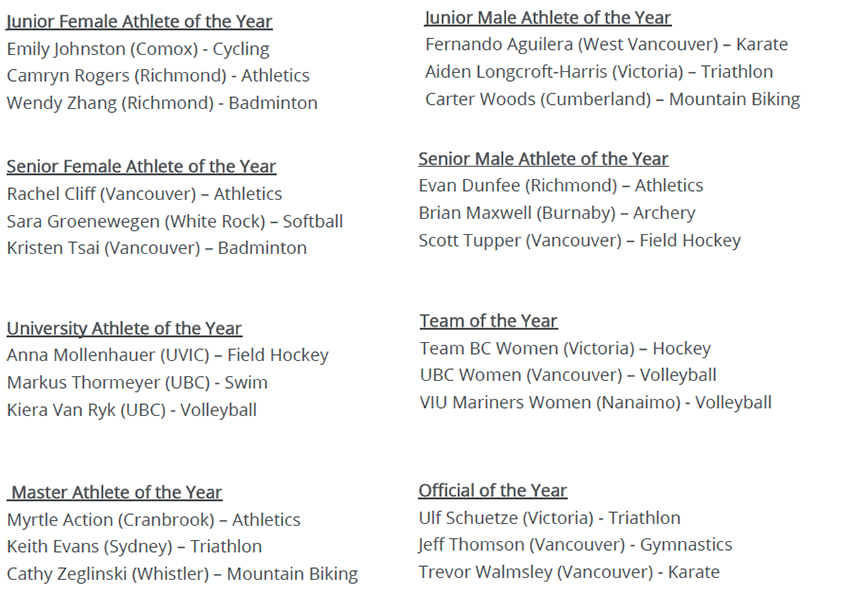 Sport BC believes in the power of sport and is committed to building stronger communities through positive sport experiences. Our goal is to enhance and support sport participation in British Columbia ensuring everyone has the opportunity to thrive. Through our KidSport BC, BC Amateur Sport Fund, and ProMOTION Plus along with our services Sport BC Insurance, and Payroll and Group Benefits; Sport BC supports our sixty plus member organizations. Keep up to date @SportBC