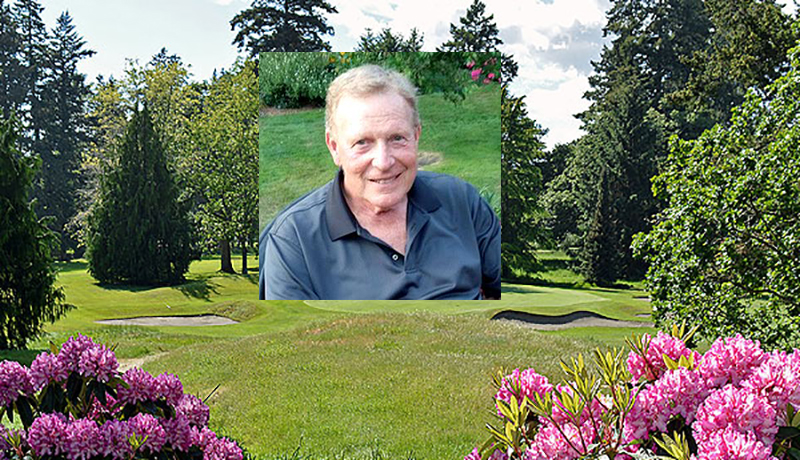 British Columbia Golf and the entire golf community were saddened by the loss of Craig Anderson on December 17th as he succumbed to complications from Alzheimer's Disease. A native British Columbian, Craig was involved in hockey for much of his life as well as being a major contributor to the golf scene including a term as Club President at Victoria's Royal Colwood for three years.

In memory of Craig we present here the tribute and notification of his passing as per the Victoria Times Colonist last week.

Craig was born in Vancouver, the elder son of Emily and Conway Anderson. While growing up his main extracurricular focus was hockey. After graduation from high school he had a very brief stint with Junior B hockey but realized that professional hockey was not to be for him. He met his wife Olwen in 1964 and it was love at first sight. They married in 1967 and moved to Winnipeg in 1968. There they settled in and made many good friends.

Craig coached hockey and would be out flooding the outdoor rinks at 30 below and never complained. Their first child was born there and just before the second child arrived they were transferred to Calgary. They were only there four years before another transfer came which brought them back to North Vancouver. After 14 years a business opportunity came up in Victoria and they moved here and became empty nesters.

While in Victoria he joined Royal Colwood Golf Club where his love of golf really blossomed and his love for Royal Colwood encouraged him to take on the position of Club President for three years. Craig always worked in the stationery or office furniture business most recently as part owner of Graphic Office Interiors. Craig made many good friends at work and play and was known for his smile and upbeat attitude.

Craig will be greatly missed by his wife of 52 years, Olwen, his daughters Jennifer (Ian Gibson) and Erika (Stuart Bailey), his grandchildren Aidan and Brenden Gibson, Nora and Finn Bailey and brother Neil (Susan). Craig's one regret is that he never got to see the Canucks win a Stanley Cup. Craig developed Alzheimer's Disease and coped well until this past year when he had a sharp decline. He went into hospital in September and passed away peacefully on December 17 from complications of the disease. Craig was a great husband, father and friend and we have lost a really good man.

A Celebration of Life will be held in March at Royal Colwood Golf Club. In lieu of flowers please donate to the Alzheimer Society or a charity of your choice.