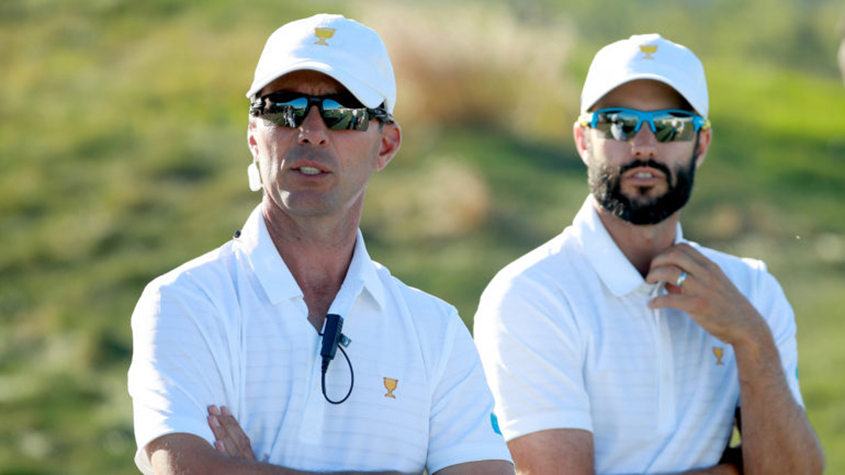 The first time Adam Hadwin met Mike Weir was not at a junior clinic or Canadian amateur event – when an up-and-coming star would usually connect with a country’s legend – but while they were sitting out a fog delay.

It was 2013 at the Farmers Insurance Open and Hadwin had Monday-qualified. It was just the eighth PGA TOUR start of his fledgling pro career, and the first of three that season. By shooting 66-74 in the first two rounds at Torrey Pines, he was one shot ahead of Weir. Both made the cut but were well off the lead, as they were in the first two groups on Saturday.

Due to the weather, the pair of Canadians had to keep retreating off the course. It was the perfect opportunity for them to finally meet and chat.

Hadwin was in the midst of an up-and-down year on the Korn Ferry Tour and he’d go on to finish 74th on the money list, just barely earning his TOUR card again for the next season.

Although Hadwin says he can’t remember exactly what was said that morning – he would eventually shoot 69 before withdrawing after feeling a twinge in his wrist, while Weir shot 73-76 to finish T-68 -- perhaps the good vibes of meeting Canada’s winningest PGA TOUR golfer was the spark he needed. The next season, Hadwin won twice on the Korn Ferry Tour, gained his card and has been a fixture ever since.

Hadwin, from Abbotsford, British Columbia, and Weir, from Brights Grove, Ontario, had never crossed paths before then. Hadwin knew of Weir of course, and respected what Weir had done for golf in Canada and the state of the game after his three wins in 2003, including the Masters.

“He was playing some good golf for such a long time,” Hadwin said, “but I didn’t really know anything about him.”

Being from different sides of the country – Abbotsford is roughly 2,500 miles from Brights Grove -- and with Weir and Hadwin’s schedules being totally opposite at that time, there wasn’t much of an opportunity to become friendly.